Is Chris Christie’s Admission of Being Wrong Enough? 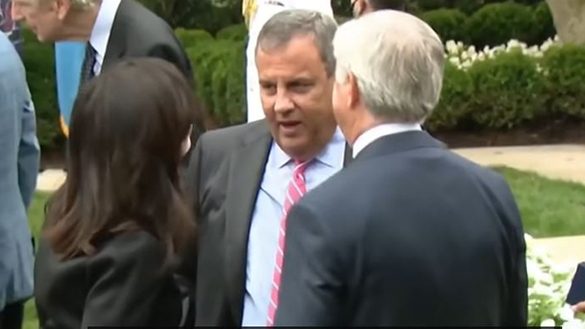 Chris Christie manned up after spending seven days in a hospital ICU battling Covid-19. After nine months of a scorching coronavirus pandemic killing over 215,000 Americans, Mr. Christie is now urging Americans to wear masks.  What does it take for these close Trump associates to tell the truth to themselves and the vulnerable sheep following their every move?

In a rare indictment of confessed stupidity that has been exercised daily since February by the Trump administration and Friends, a friend confesses his extreme ignorance of COVID-19. If these associates of the president wish to self-destruct, they have no business of being in power to exercise their will over the nation’s weak-minded sheep.

Chris Christie, who is recovering from COVID-19, said Thursday that he was wrong not to wear a mask at a White House event for Supreme Court nominee Amy Coney Barrett and during debate prep for President Trump. What! Many times, Trump and Friends were warned that wearing a mask against the coronavirus was the best defensive line to stop the virus from spreading and self-protection.

In an interview with the New York Times, Christie said he thought he was in a “safe zone” at the White House before coming down with the deadly disease soon after President Trump and a number of top aides and Senate Republicans tested positive for the virus.

Was this because Mr. Christie was supported by a paralyzing delusion of invincibility by the most weak-minded leaders the United States has ever seen? Or was it Mr. Christie you sold your soul as has the other lemmings around you? Or is it they assured you it was a hoax. Forget the 215,000 Americans that succumbed to the virus because of people like you told them it was safe.

Mr. Criste said… “I believed when I entered the White House grounds, that I had entered a safe zone, due to the testing that I and many others underwent every day,” Christie told the Times in a statement. A safe zone! A safe zone! The world’s leading liars surround you, and you believed it was a safe zone! What is it that people like you don’t understand when a prominent doctor like Anthony Fauci sends out the direst warnings regarding the pandemic?

He also urged Americans to follow scientists’ advice and take precautions to stop the virus’s spread. Let me get this right. On October 15, 2020, Mr. Chistie came to the realization that the coronavirus was real, and he is now making the recommendation that everyone should wear a mask. 215,000 Americans dead and because the virus affected you, nine months later, get religion.

“I hope that my experience shows my fellow citizens that you should follow CDC guidelines in public no matter where you are and wear a mask to protect yourself and others,” Mr. Christie added in the statement.

In an interview with the newspaper, Christie said he was sitting in the third row at the White House ceremony after being told everyone in the first three rows had tested negative that day.

Mr. Christie was seen before the ceremony shaking hands and hugging fellow Lemmings.

Mr. Christee, you, along with the rest of the Trump Lemmings, are plain ignorant or disconnected from reality because of personal wealth or power. One thing is very evident, the sooner we able to rid ourselves from people like you in any form of public service the healthier our society will become.