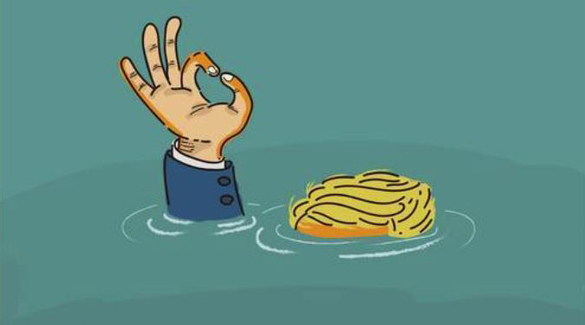 Trump's niece Mary L. Trump cautions that it will not be that simple for Republicans to abandon Trump. "Donald Trump is the most dangerous individual to the Republican party," she adds, adding that whether he is running for president or not, he is not beyond digging out dirt on his opponents. "Trump would destroy everything if he believes he is failing."

It has been shown without a shadow of a doubt that he has no regard for the democratic process, human rights, or the rule of law, as well as any other limitations that have been imposed on his conduct. In his name, he encourages those who follow him and those on his side to commit acts of terrorism and other sorts of violence. The most significant occurrence occurred on January 6, 2021, as one would expect. Trump's tendency toward shyness has, up to this point, kept him from realizing his greatest potential. Instead of directly participating in or ordering violent acts, he prefers to have others carry them out on his behalf in the organization's name. This is done on purpose for him to keep his identity intact.

The Department of Justice and other law enforcement agencies have opened an investigation(s) into Trump, and the former president might be facing real penalties for the first time due to his breaching the law.

As Donald Trump's circumstances worsen, he will show more of his actual character, which is that of a vicious predator who will nearly always attack rather than flee or otherwise give up in any other manner.

During the course of the previous two years, Trump supported more than 300 different politicians, spoke at dozens of political events, and brought in millions of cash for their campaigns. It was anticipated that he would further strengthen his grip on the Republican Party in 2022. This is because and only because the party's performance has been less than impressive. Fear and caution have suddenly been replaced with rising irritation at the previous president for sponsoring what many people see as a collection of candidates that have significant issues.

For the sake of human decency, most people in the United States have cast ballots in opposition to the racist, sexist, anti-Semitic, homophobic, and xenophobic dystopian image of the United States of America that the extremist wing of the Republican Party seeks to establish. This is a direct consequence of the fact that this situation has arisen. For the sake of our democracy, let us put our faith in the fact that more people will eventually come to their senses on this issue.

His supported candidates failed to perform well, either losing elections or coming in with margins of victory that were less than those of other Republican candidates. The fact that there was no red wave to speak of was seen as a rejection of his hard-line political stances. After three unsuccessful elections in a row with him at the helm, many rapidly began to wonder if the party would finally move on from Trump as its standard bearer.

Because of these reasons, Trump, who has long boasted about his ability to draw an audience online and dominate the conversation, has complained that his statements are not getting nearly as much attention as they once did as a result of his banishment from Facebook and Twitter. Irrelevance is the worst kind of sentencing for a person who is completely captivated by the act of spreading his song of hatred.

On Tuesday, according to all indications, former President, the president who led an insurrection against the United States Constitution, Trump, will make his announcement about his candidacy for the presidential election. This occurs due to the significant reaction among Republicans that followed their bad performance in the midterm elections. This research emerges at a time when power brokers inside the Republican Party are discussing the question of whether or not Donald Trump represents a danger to the party.

The president's niece, Mary L. Trump, has said that the Republican Party should not have great hopes that her uncle would quickly quit the party in the near future. She warns that Trump is not beyond digging out dirt on people who go against him and calls him "the most hazardous person to the Republican party." She also refers to Trump as "the most dangerous person to the Republican party." Donald Trump has said in the past that he would "tear it all down" if he perceived that he is going to lose an election. It makes no difference whether Donald Trump runs for president or not; this will always be the case.

The former president is claimed to be "at his most dangerous" when he is worried about becoming irrelevant since there have been allegations that the Republican Party wants to move on from him in the aftermath of the midterm elections.

The comments were made by Mary Trump, who is known for being an outspoken opponent of her uncle, during an interview with MSNBC's Ali Velshi on Sunday.

During her visit, Mary Trump was questioned about the future of her uncle, the 45th President of the United States, amid rumors that he may be replaced as the de-facto head of the Republican Party in the aftermath of the party's disappointing showing in the midterm elections.

Many individuals, including some members of the Republican Party, have pointed the finger of blame at President Trump for the failure of the party to take control of the Senate and for their continued inability to obtain a majority in the House. Several election-denying and MAGA candidates who had the support of the previous president and were sponsored by him were unsuccessful in their campaigns around the nation.

Velshi questioned Mary Trump about what would happen to Donald Trump in light of her prior comments that he remains the "most dangerous person in America" and "the most dangerous member of the Republican Party."

She continued by saying, "We do not know precisely what type of information he has on other persons in his party." "What is known for sure is that he is open to making use of it. I think that we discussed this matter before the election in the year 2020. If Donald believes that he is about to fail, he will destroy everything in his path. That is not something we can ignore. We do it at our own risk if we disregard him."

Mary Trump said that the Republican Party's plans to attempt to move on from her uncle before the presidential race in 2024 "won't work," even though Florida Governor Ron DeSantis is largely considered to be his ready-made successor.

Trump is anticipated publicly declare that he will run for president again in 2024 on Tuesday. During a rally in Ohio on November 7, he teased that he would be making a "very major announcement" at his Mar-a-Lago property in Palm Beach, Florida. The statement is scheduled to be formalized on Tuesday.

Mary Trump had a second interview on MSNBC on Sunday, and during that interview, she said that the public could not "overestimate the amount and intensity of the narcissistic harm" that the former president experienced as a result of the midterm elections.

"I have a strong suspicion that it is the most incapacitating one he has ever encountered in the course of his whole existence. Not only because he failed to do well in terms of endorsements and the candidates he chose, but also because he can always explain things away and blame someone else for his failures, "Mary Trump revealed this information to Mehdi Hasan of MSNBC.

His supported candidates failed to perform well, either losing elections or coming in with fewer margins of victory than those of other Republican candidates. The fact that there was no red wave to speak of was seen as a rejection of his hard-line political stances. After three unsuccessful elections with him at the helm, many rapidly began to wonder if the party would finally move on from Trump as its standard bearer.

The majority of the media outlets owned by Rupert Murdoch, including Fox News, have engaged in overt acts of propaganda in an effort to persuade their audience that Donald Trump is to blame for the problems facing the Republican Party and that Ron DeSantis is the candidate who best represents the party's future. The vitriolic nature of Trump's answer provides insight into the degree to which he takes the challenge to lure his core supporters away from him seriously. A good number of journalists expressed amazement at how directly the chorus blamed Trump. However, those outside the Republican world do not completely understand the chances of a DeSantis nomination or the developments that have occurred below the surface that has made it quite possible.

They protected him against Democrats while hoping the GOP would choose anyone else. This has meant, to put it another way, that they would attack some of his excesses while at the same time arguing that the Democrats are far worse. When Republicans had the potential to seize control of the party from his hands, like during the primary campaign in 2016 and in the days following January 6, they would even savage him. One such time was during the 2016 presidential election. However, when his party leadership was not contested, such individuals would cease their criticism and obediently follow the party line.

That point in time has come and gone, and at this point, Trump is no longer considered relevant.

Mary Trump: Trump Is The Most Dangerous Person To The GOP