Iran's Threatens Shutting Down The Strait of Hormuz 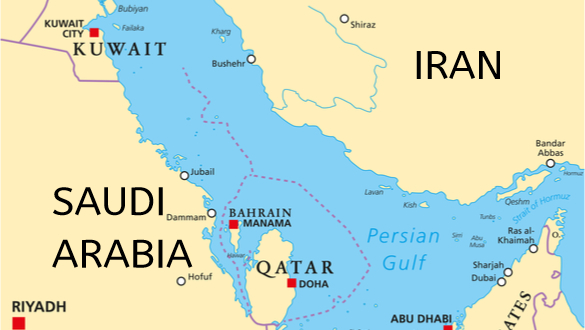 In a show of defiance and at the same time unity with the Shiite Iraqi regime Iranian Foreign Minister Mohammad Javad Zarif with Iraqi Foreign Minister Mohamed Ali Alhakim, in Baghdad, Iraq at his side threatened to shut down one-fifth of the world’s oil supplies by shutting down the Strait of Hormuz.

Minister Mohammad Javad Zarif at the same time offered to negotiate prisoner swaps with Washington as a peace branch. Suggesting a willingness to swap British-Iranian aid worker Nazanin Zaghari-Ratcliffe, who has been detained in Iran since 2016, for an Iranian woman detained in Australia for the past three years on a U.S. extradition request…

"I feel sorry for them, and I have done my best to help," Zarif said of Zaghari-Ratcliffe. "But nobody talks about this lady in Australia who gave birth to a child in prison. ... I put this offering on the table publicly now - exchange them."

Zarif after pointing out Iran had approached Washington on the prisoner exchange six months ago, and the turned back to the Strait of Hormuz went on to say…

Zarif also suggested that if the United States and Iran cooperated it could bring stability to Iraq and Afghanistan, something both Tehran and Washington consider a high priority.