Iran Threatens President Trump with both $100 oil and war! 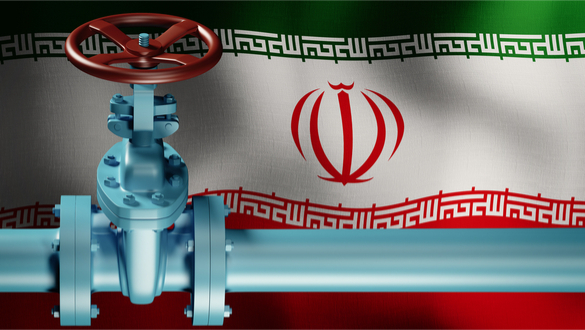 A potential war may be brewing between the U.S. and Iran, after the Trump Administration is demanded that all countries end imports of Iranian oil by November 4 as part of its new policy of hostility towards Tehran after Washington’s unilateral exit from the 2015 nuclear agreement.

Iranian President Hassan Rouhani threatened to blockade the Strait of Hormuz the critical Gulf passageway in retaliation for Washington’s looming sanctions against Iranian oil exports through which one-fifth of the world’s oil passes in tankers.

This is a threat the US military said would be immediately countered. Which would mean a direct military conflict between Washington and Tehran may be approaching.

On Thursday the commander of Iran’s elite Revolutionary Guards, whose forces patrol the Strait of Hormuz –– said the Guards were ready to put Rouhani’s words into action if necessary.

Oil will soon cost $100 per barrel due to supply disruptions caused by U.S. President Donald Trump, Iran’s OPEC Governor Hossein Kazempour Ardebili told Reuters on Thursday, as he warned expectations that Saudi Arabia and Russia would help bring down prices were in vain.

Iran, OPEC’s third-largest producer, is facing U.S. sanctions on its oil exports that are prompting some buyers to cut purchases. If Iranian oil becomes a forbidden commodity, again and Iran’s exports are prevented from having access to the world market, Russia, Saudi Arabia will end up reaping a windfall of hundreds of billions of dollars, especially if Iran and the United States spiral into a naval and military conflict.

Iran’s Ardebili told Reuters that Trump should expect if it blocks Iran’s access to the global markets that it would end up as a hostage to Saudi Arabia and Russia, who he said have little-vested interest in bringing down prices. Kazempour said.

“The responsibility of paying unnecessarily high prices for oil by all consumers of the whole world, especially in U.S. gas stations, is solely upon your (Trump’s) shoulders and the price of over $100 per barrel is yet to come,”

The Republican president has lashed out at OPEC in recent weeks. Rising gasoline prices could create a political headache for Trump before November mid-term congressional elections by offsetting Republican claims that his tax cuts and rollbacks of federal regulations have helped boost the U.S. economy.

In a tweet on Saturday, Trump claimed Saudi Arabia’s King had agreed to increase oil output by up to 2 million barrels, an assertion the White House subsequently walked back.

The King of Saudi Arabia, OPEC’s biggest member, according to Trump assured him the kingdom can raise oil production if needed, and that the country has 2 million barrels per day of spare capacity that could be deployed to help ease oil prices from falling the output of both Venezuela and Iran.