Iran Tells its Citizens ‘Millions’ In-Country Could Die From Coronavirus 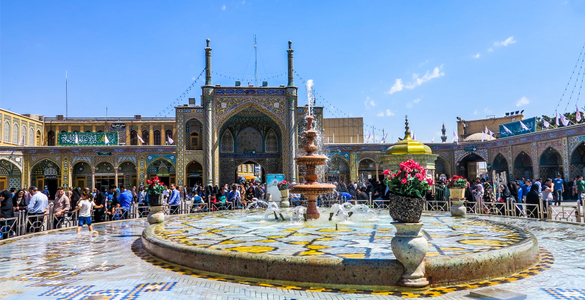 The Coronavirus, COVID-19, is hitting Iran, especially hard. Close to 9 out of 10 of the over 18,000 cases confirmed across the Middle East are Iranian.

Iran state-run TV, issued a nightmarish warning today regarding the coronavirus pandemic spreading like a wild forest fire in the country. They are warning that “millions” could die in the Islamic Republic if the public keeps refusing to self-quarantine and continues to travel and ignore health guidance that’s being recommended by Iranian health officials.

Angry crowds of hardline Shiite faithful, numbering in the thousands the night before the broadcast pushed their way into the courtyards of two major Islamic shrines that had just been closed over fears of the virus.

Their faith is so strong that it is causing them to willingly expose themselves to those among them that are infected with the virus. These actions put millions of Iranian lives in danger.

The Irony is while the coronavirus sweeps through the Middle East, the Iranian government and its authorities denied for days the risk the outbreak posed much like President Trump and his Kakistocracy had been doing for weeks.

Now like the Trump Administration officials in Iran are now becoming convinced to implement new checks for people trying to leave major cities ahead of Nowruz, the Persian New Year, on Friday, but unlike an increasing number of state and local authorities here in the United States - have hesitated to impose a mandatory quarantine.

The failure to take mandatory draconian actions has resulted in a death toll in Iran to soar to 13% among those infected as of today. Iranian Health Ministry spokesman Kianoush Jahanpour said the virus has killed 135 more people Tuesday and raised the number of deaths to 988 while there are now over 16,000 cases of coronavirus.

Jordan, on the other hand, is likely to order a nationwide shutdown of businesses and government offices over the pandemic and is reportedly considering banning gatherings drawing more than ten people.

Most people infected, an estimated 80%, by the coronavirus, only experience mild or moderate symptoms, such as fever and cough, and recover within weeks. People with no visible symptoms can spread the virus to the 20% that are seriously impacted by this highly contagious virus.

The Iranian state TV journalist and physician, Dr. Afruz Eslami, during his broadcast segment, cited a study by Tehran’s prestigious Sharif University of Technology that outlined three scenarios that this pandemic could result.

Dr. Afruz Eslami said that if people begin to cooperate now, Iran will see 120,000 infections and 12,000 deaths before the outbreak is over. She then suggested a second likelihood of assuming people offer medium cooperation; there will be as many as 300,000 cases and 110,000 deaths. But if people continue to ignore her and the Iranian government’s guidance, the Iran health system, which is already-strained, could collapse. Dr. Eslami then explained that if the “medical facilities collapse and can’t keep up with the number of cases, she expects 4 million cases of infection, and as many as 3.5 million people will die.”

Dr. Eslami did not elaborate on the metrics used in the Sharif University of Technology study. The fact that the Iranian government is allowing its tightly controlled state television to have access to the imminent danger of the virus represents a dramatic change in the government’s approach. The government has been denying the severity of the crisis.

Iran’s Shiite clergy have challenged the effort to close both the Mashhad’s Imam Reza shrine and Qom’s Fatima Masumeh shrine. One Shiite cleric shouted at the shrine in Mashhad, according to online video.

“We are here to say that Tehran is damn wrong to do that!”

Others joined the cleric in chanting:

Police possibly exposing themselves to the virus dispersed the crowds according to state media reported. Religious authorities and a prominent Qom seminary were then employed by the Iranian government to call the demonstration an “insult” to the shrine and urged the faithful to rely on “wisdom and patience” amid the closure.

The Iranian shrines are an important part of Shiite religious practice. Pilgrims from all over the Mideast flock to these shrines and have likely contributed to the spread of the coronavirus across the middle-east. Saudi Arabia has already closed off Islam’s holiest sites, no doubt saving people from becoming ill or dying from the pandemic.

American’s should realize that Trump Administrations internationally imposed sanctions against Iran is preventing food and critical medicine from being imported into Iran. As the number of those infected and deaths increase, this will only serve to feed hostilities in the region.