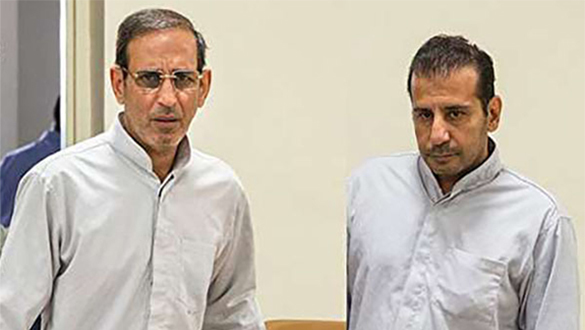 Vahid Mazloumin, an Iranian currency trader, became known as the "Sultan of Coins" because of his hoarding two tonnes of gold coins.

Mazloumin and another member of his “currency trading” Mohammed Ismail Ghasemi were sentenced to death according to the Iranian Students' News Agency for “spreading corruption on earth" because they intended to “manipulate prices.”

Amnesty International that the accelerated timing of the trials of Mazloumin and Ghasemi was "fast-tracked" and displayed a "brazen disregard" for due process.

Mazloumin and Ghasemi were arrested in July for operating as a speculator and accused of hoarding gold coins with the aim of later manipulating prices in the local market. Then in August Iran’s Leader Ayatollah Ali Khamenei approved a judicial request to set up special courts to deal with the alleged financial crimes committed by the two men.  These newly authorized courts have sentenced several people to death live on state television.

Ghasemi worked within Mr. Mazloumin's currency and gold trading network was, according to Mizan, the official website of Iran's judiciary, was convicted for "spreading corruption." Both men were executed by hanging.

Gold coins, U.S dollars and Euro’s in Iran are in high demand because Iran’s currency loses value steadily and Iranian’s are constantly faced with the challenge of preserving their buying power. Not too different from the currency crisis Venezuela has been dealing with for the past several years.

Now the situation in Iran is getting even worse thanks to the latest round of US sanctions on Iran. The Iranian currency (rial) has plummeted over 70% against the US dollar, which has as a result in driving the price of gold over 70%.

The collapse of the Iranian currency has resulted in a cost of living crisis that has driven demonstrators to take to the streets to protest against perceived corruption. The executions of the two men were clearly designed to convey the risk of angering the Iranian theocracy in power.

The re-imposition by the United States and its allies of the sanctions following its withdrawal of the nuclear treaty is designed to inflict economic pain on the Iranian economy. The strategy has worked since its implantation in April. The Iranian government has been battling instability in its financial markets and trying everything it can stabilize currency prices. However, its introduction of a single official dollar exchange rate has led to a rapidly growing black market and driven portions of the Iranian economy underground.