Iran and its Proxies Could Target Trump Organization Properties World-Wide 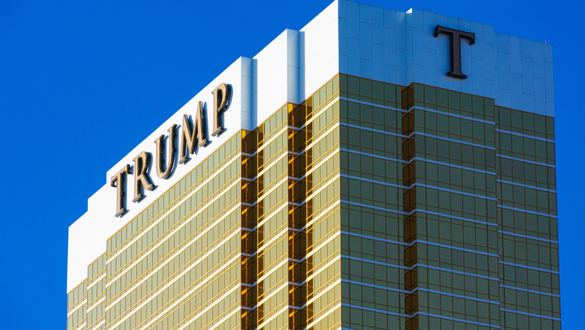 President Trump, with his order to assassinate Iran’s Major General Qassem Suleiman and his announcement that he has identified 52 targets to attack, may have made every one of his Trump Organization properties, employees and family members targets for Iranian revenge.

The suggestion of a US$80 million suggested bounty was made by one of the eulogists at the massive march that was broadcast live on Iran's state-owned Channel One television network in the city of Mashhad….

There is no indication the bounty has been endorsed by the Iranian government or Iran's Supreme Leader Ayatollah Ali Khamenei. Yet, I am left wondering why no one is expressing worry that the 500 Trump Organization properties, its employees, and his family members could possibly become targets for Iranian revenge.

The Trump organization is a group of 500 business entities of which Donald Trump is the sole, principal owner or licensed partner. Some 250 of these business entities use the Trump name. How does anyone protect 250-500 properties from determined terrorists? How does he, as a business, protect the thousands of employees and innocent customers at his properties?

One thing President Trump should consider as a result of his decision to assassinate Iran’s Major General Qassem Suleiman is his financial exposure to a nightmarish loss should one or more of his country clubs, hotels and buildings are suddenly targeted by Iran military forces or terrorists backed Iran. His chances of recovering any financial suffered depend on whether his businesses have paid the extra premiums to cover terrorism insurance to the Trump Organization’s insurance carriers.

There’s also one caveat when buying terrorism insurance that may affect the President’s businesses. If your property is destroyed in the response of your waging war, your insurance carriers may refuse to pay out on the policy or try to pay less than the policy. They could give the reason that you are making your business or businesses a target as the reason and probably succeed.

When the World Trade Center was brought down on 9/11 the owner of the building, Larry Silverstein, declared his intent to rebuild, though he and his insurers became embroiled in a multi-year dispute over whether the attacks had constituted one event or two under the terms of the insurance policy, which provided for a maximum of $3.55 billion coverage per event. Silverstein apparently had bought terrorism insurance after the 1993 bombing set off in one of the Twin Towers garages.

In 2007 a settlement was reached. Silverstein’s insurers agreed to pay out $4.55 billion, considerably less than Silverstein had sought. Silverstein also ran into multiple disputes with other parties in the rebuilding effort, including with the New York Port Authority.

In an agreement reached in April 2006, Silverstein retained rights to build three office towers (150 Greenwich Street, 175 Greenwich Street, and 200 Greenwich Street), while One World Trade Center (previously referred to as the "Freedom Tower") would be owned by the Port Authority, as would Tower Five, which it would have the option of leasing the Twin Tower’s land to a different private developer, and having it redesigned as a residential building. So, it took New York State and Federal intervention to take over the property and further compensation to Silverstein to facilitate the building of the Freedom Tower as state-owned property.

Based on the 9/11 event, if Trump’s properties and businesses were targeted,  the Trump Organization would likely have to look for financial relief from Congress, state legislatures and perhaps foreign governments to recover any losses as a result of an Iranian backed terrorist attack because insurers might claim the president himself had provoked them. The odds of Democrats voting for relief funds to cover any losses Trump sustains as the result of one or more terrorist attacks at this point may be – zero.

No news media is bringing this up. They’re focused on attacks by Iran via its proxies on U.S. military and diplomatic assets in the Middle-East or a massive rocket attack by Hezbollah on Israel. They could be missing an obvious way for Iran to retaliate that would primarily target the president. We believe there is the chance that the Iranians and surrogates will attack the Trump Organization properties and businesses around the world to punish President Trump and his administration. Iran already asserts that Trump’s decision to assassinate was an act of war. If Trump’s insurance companies think the same, Trump would suffer enormous personal losses, as would anyone on those properties. No other U.S. President has ever put himself, his businesses, employees and customers in such a dangerous position.

Wall Street Rebel and I hope this will never happen but we are concerned that  Iran may decide to make their response very personal for President Trump.