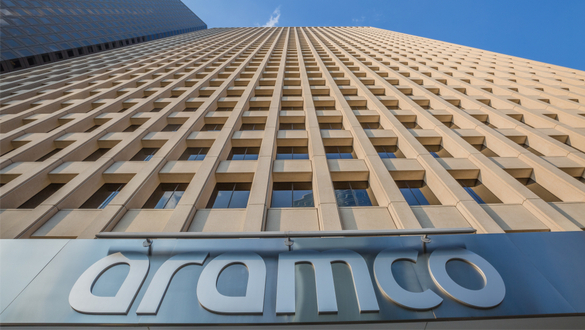 Saudi Aramco Oil Company shares soared and shattered all previous IPO records becoming the most valuable publically listed company in the world. Aramco’s IPO eclipsed the previous most valuable IPO (Alibaba) of 2014. However, investors should take notice of the dangerous red flags!

After repricing the Aramco IPO down from a $2Trillion valuation, as predicted by Saudi Arabia’s de facto ruler Crown Prince Mohammed bin Salman, to $1.7 Trillion, shares of Aramco opened for 32 riyals (US$8.53) per share. Aramco raised US$25.6 billion and then continued to quickly rise the 10% maximum allowed on Riyadh's Tadawul exchange and stayed there until trading was closed.

The first day of trading makes Aramco the most valuable company in the world. Aramco chief executive Amin Nasser said at a glitzy launch ceremony.

"Today is a day of immense pride for Aramco. Today we make history as Saudi Aramco marks the beginning of an important new chapter in our company's journey of prosperity."

The public stock sale of Saudi’s Aramco is an essential part of Prince Mohammed's ambitious strategy to convert Saudi Arabia from being a completely oil-reliant economy into a country with a diversified economy by raising funds for non-energy industries such as technology, tourism, and entertainment.

However, investors should be cautious when considering investing in Aramco stock. Critics point to the danger of the company’s shares becoming over grossly valued because of the pressure Prince Mohammed is putting on wealthy Saudi families to invest in the Aramco stock. Investing in Aramco is being framed as their patriotic duty, according to the Financial Times and other news agencies.

Many wealthy members of the Saudi Royal family were arrested shortly after Prince Mohammed came to power as the crown prince and were held hostage until they surrendered collectively almost a trillion dollars to the Saudi Treasury.

Saudi investors were also offered promises of higher dividends and the possibility of bonus shares if they hold on to the stock to incentivize their stock purchases. This has contributed to pushing Aramco’s valuation far higher than other firms currently in the trillion-dollar club, including Apple and Microsoft.

The listing of Aramco on the country’s Saudi bourse (stock exchange) makes it one of the world’s top ten largest stock exchanges in the world, thanks to the $1.88T market valuation of the company.

Despite the enormous net valuation of the company and the success of the Aramco offering, it’s still not the mega-blockbuster initially hoped for and planned by Crown Prince Mohammed. The offering raises just US$25.6 a far cry from the US$100 billion for 5% of the company first contemplated in 2016. Further, there are no plans to raise additional funds by listing on a major international market.

"It's likely that we will see Aramco bid up to $2 trillion or higher in the first days of trading,"

Some observers are raising red flags on the IPO and pointing to the dubious surge in its share price. They are skeptical as to whether Aramco's share price valuation will be long-lasting. The entire valuation is on a secretive company target. Ellen Wald, the author of the book "Saudi Inc," was quoted yesterday as saying…

"Everyone suspects that price rise is going to be artificial; this means the Saudi (government) will have to keep pumping it up and devoting huge amounts of resources to that, which would hurt the budget (and) economy."

WallStreetRebel.com believe this Saudi IPO heavily focused on Saudi and other Gulf investors could wind up being the biggest, most organized, and intentional pump and dump Ponzi scheme in all of the world’s financial history.

The warning signs are clear. While Crown Prince Mohammed paints this as a plan to wean the Saudi economy away from oil. The amount raised will barely cover the kingdom's budget deficit for a single year. The IPO also comes at a time that Saudi Arabia expects its budget deficit to widen to $50 billion next year. While at the same time, oil prices are under pressure due to both a sluggish global economy suffering lower growth in demand.  This is due to the US-China, US-European trade wars and record output by non-OPEC crude exporters that has created an overhang of supply in the oil market worldwide.

WallStreetRebel.com also must point out that the world may well be entering the end of the oil age. Accelerating battery technology breakthroughs are taking place at universities and innovative company labs around the world. These new technologies are well on their way of creating batteries that are capable of producing electric cars with ranges as much as 1,800 miles while reducing the re-charge time needed for these batteries to as little as 10 minutes.

Meanwhile, the cost per kilowatt is falling rapidly. Rapid innovation in solar technology may also, in the next decade, allow a car to recharge via highly conductive windows and paint, eliminating an expansive re-charge network.

There’s also the political risk to the Saudi Royal family and Crown Prince Mohammed. President Trump and his predecessors have been lulled into blind support of the current Saudi regime both by playing the part of a feasible counterweight to the potential of an alternative radical regime coming to power and promises of hundreds of billions in arms purchases from the United States.

Despite the repeated promises of large arms sales, they have been slow in coming. Lower oil prices in the last 10 years have slowly eroded the kingdom’s cash reserves and forced the Saudi government to reduce the subsidies that have prevented the Royal Family from being deposed.