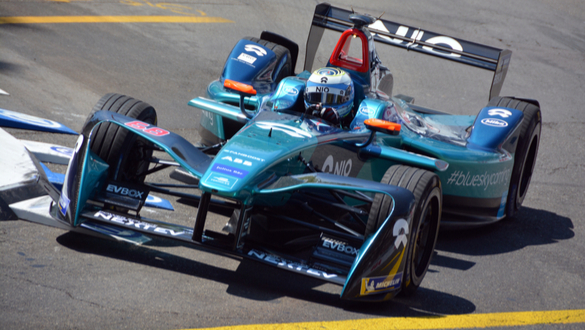 Elon Musk raised many eyebrows back in mid-August with talk of taking Tesla (TSLA) private, news that sent shock waves on Wall Street, while raising the eyebrows of federal regulators.  However, waiting in the wings was Nio (NIO), a “Pioneer” in China’s premium electric vehicle market.  NIO was founded in 2014, with its chairman Bin Li, a 40 something, who is well known for creating innovative and disruptive business models.

The company began the process of coming public back in April, filing a DRS (draft registration statement), which allows a company to conduct much of the going public process in private, as NIO was able to file subsequent amendments before going live with its F-1 on August 13th.

Official terms for NIO were just released, with the company looking to price 160.0 mil ADS between $6.25 and $8.25.  Morgan, Goldman and JP Morgan are the leads, with high demand expected for this deal.  Pricing has been set for the week of September 10th which is next week.

There are many reasons for investors to be excited about this deal, especially those that are not interested in investing in TSLA, given the stocks current valuation and questions surrounding the activities of its CEO.

NIO represents in many ways a similar investment, as the company has positioned itself as one of the premium electric vehicle designers/manufacturers in China.  Currently, NIO vehicles are only available in China; however, China is the world’s largest passenger vehicle market, representing a strong foundation for initial product saturation and a platform to establish its products as a premium commodity within the auto industry.

NIO is also gearing up to launch the ES6, a 5-seater SUV, which will feature a lower price point than the ES8, with the company targeting a broader customer base.  The vehicle is expected to be launched at the end of 2018 with initial deliveries to being the first half of 2019.

Key features of the NIO vehicles are NOMI, which is one of the most advanced in car AI assistants, and NIO Pilot, enabling highway pilot, traffic jam pilot and automatic emergency breaking features.  Moreover, the vehicles have incorporated a suite of charging solutions - Power Home, Home Swap, Power Mobile and Power Express, with all vehicles compatible with China’s national charging standards, as there is a nationwide publicly accessible charging network of over 214,000 public charging piles, 59.6% of which are superchargers.

NIO will be the first IPO to price since the late-summer break, and is certainly expected to garner a lot of attention.  Many investors may see this offering as a longer term holding, given the success of TSLA, as that deal originally came public at $17 and currently trades around $305.  While it would be foolish to speculate that NIO would follow the same path, the shear interest and demand for a viable electric car manufacture shouldn’t be dismissed.

Buyers looking to take a piece of the pie in this one should not be looking at the financials, as results are not necessarily a reflection of the company’s future potential.  Look for a notable pop on this deal at the open, with further aftermarket support to lead to additional price increases in the subsequent days following its debut on the NYSE.