International Travelers are Again Welcome in the United States 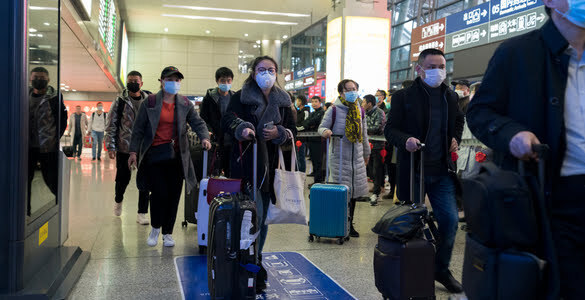 The new limits allow fully vaccinated travelers to enter the U.S. as long as they provide proof of vaccination and a negative coronavirus test within three days of arrival.

As of Monday, fully vaccinated travelers from dozens of countries were allowed to enter the United States. The move brought the country's more than an 18-month ban on international travel to an end, allowing families to reunite with loved ones and recouping hundreds of billions of dollars in tourism revenue for the global travel industry.

As a result of the new restrictions, fully vaccinated tourists will be permitted to enter the United States provided they can provide documentation of vaccination and a negative coronavirus test performed within three calendar days of their arrival.

Non-immunized Americans and children under 18 are excluded from the rule. However, they must submit to a test within one day of their planned trip.

The change has occurred just in time for the Christmas season. The embattled tourist sector is anxiously anticipating an inflow of overseas visitors, particularly in major big-city locations such as New York, Los Angeles, and Miami, among other places.

According to the U.S. Travel Association, the prolonged prohibition on travel from 33 countries — including European Union members, China, India, and Iran — has decimated the industry, resulting in losses of roughly $300 billion in tourist spending and more than one million American employment.

After the government revealed its intentions to remove travel restrictions in September, airlines witnessed a significant increase in web searches and ticket reservations for foreign travel — mainly from Europe and Latin America.

United Airlines said that it sold more tickets for trans-Atlantic flights in the days after the announcement than it did during a comparable period in 2019, marking the first time this has happened since the outbreak started.

Several of Delta Air Lines' overseas flights on Monday were booked entirely, according to the airline.

The airline's first flight into the United States under the new, more relaxed regulations, DL106, arrived in Atlanta at 9:35 a.m. on Monday from So Paulo, Brazil.

Delta hopes to have flown 139 mainly full aircraft from 38 nations into the United States by the end of Monday.

Hotels around the nation, especially those in urban areas, were also impacted by the reopening news, with increased reservations and interest during the Christmas season due to the announcement.

When the date was revealed in mid-October, Hyatt, the hotel giant, said that almost half of its worldwide reservations for the week of Nov. 8 were made after the date was published, with people coming to major cities.

Several hundred people will board aircraft bound for the United States in the following weeks. Many relatives and friends have not seen one other since they were separated for more than a year.

While demand has increased, the modifications have not significantly impacted the number of scheduled foreign flights in the short term.

According to calculations from Cirium, an aviation data supplier, airlines will fly an average of 1,383 daily flights into the United States in the first week under the new regulations, an increase of just 19 daily flights from the previous week.

The data does not reveal how many tickets have been sold on each trip. Still, it is projected that the number of daily flights will increase by 40 in the second week after the reopening.