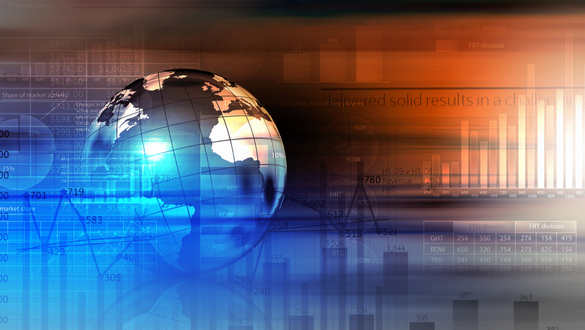 The International Monetary Fund (IMF) has just warned that the global economy is slowing faster than expected, setting a dour tone for the annual meeting of the World Economic Forum to be held this week.

IMF Managing Director Christine Lagarde told reporters in Davos, Switzerland, the home of the conference of policymakers, investors and executives which begins Tuesday.

“The world economy is growing more slowly than expected, and risks are rising,”

The IMF warning was followed by the release of a survey by PricewaterhouseCoopers LLP. (PWC) showings 30% of business leaders expect the expansion to weaken, about six times the number of a year ago.

The IMF and PricewaterhouseCoopers LLP outlooks were released on the same day China revealed the slowest expansion since 2009 in the last quarter. The dour forecasts also come at a time when investors concerns over the U.S. trade war against several of its trading partners and other political flashpoints such as Brexit, and the U.S. government shutdown are all taking place.

This is the second IMF downgrade in three months in the expected global growth in 2019, which is now expected to be 3.5 %. Among the biggest declines in growth expected among major economies is for Germany, which the IMF now sees expanding at just 1.3%, down 0.6% from the first revision made in October.

North American executives surveyed are especially worried, according to PWC. The number of executives describing themselves as optimistic fell to 37 % from 63% last year. Bob Moritz, global chairman of PWC, said in an interview…

“There’s a significant increase in pessimism towards the economy, spread pretty much around the world,”