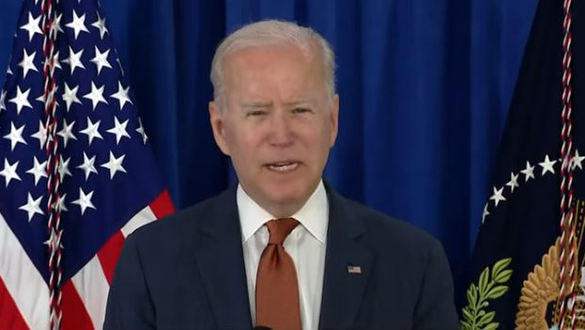 Whereas Republicans and Democrats are generally at odds with one another, they can’t even agree on a common definition of infrastructure, much less any unified ideas on how much federal money to invest and where it should be allocated.

One critical aspect of any significant infrastructure project is bipartisan cooperation and agreement. Unfortunately, partisan politics has proven challenging with an infrastructure bill in the current political climate.

In contrast to Republicans and Democrats, they can’t agree on a common definition of infrastructure, much less a consensus on how much federal money to spend and where it should be allocated.

If no agreement could be reached, the Democrats needed every single member of their party to be the sole voting senator to enact legislation.

A filibuster threat emerged again in 2009 because Republicans would filibuster the 60 bills, requiring Democrats to bring 50 members of Congress along to break the filibuster; today, Democrats must also work with 50 of their members to use a budget maneuver called reconciliation to evade a filibuster and advance legislation with a simple majority.

Talks continued this week between Mr. Biden and Senator Shelley Moore Capito, a Republican from West Virginia, with Republicans on Friday making a slight movement, increasing their willingness to spend by $50 billion.

Republican Speaker of the House John Boehner offered a new proposal this week that White House press secretary Jen Psaki characterized as still inadequate to meet the objectives of growing the economy, solving the climate crisis, and creating new jobs.

Some Democrats groaned, agreeing that the meetings would go on once again until the agreement was solidified.

President Joe Biden will have a phone conversation with West Virginia Senator Shelley Moore Capito on Monday. She is leading the negotiations for the two sides over infrastructure funding in Washington, D.C.

It has been three days since they have spoken, but it does not appear as though a deal can be made at this time.

In the early stages of his administration, President Trump scoffed at a $50 billion proposal from congressional Republicans to inject $928 billion into his infrastructure program, which he had recently made smaller in hopes of working together with Congress.

After that, on Sunday, another West Virginian, Senator Joe Manchin III, stated that he thought the negotiations were still proceeding in good faith.

No matter what happens, I still have all the confidence in the world, he told Chris Wallace on “Fox News Sunday.”

The Republicans have increased the amount of ground they’ve gained since the beginning.

While Senator Manchin (D-WV) declined to say how he would vote on a party-line infrastructure bill, saying that a bipartisan group of senators were ‘not that far apart,’ the moderate Democrat told ABC News that an agreement that could gain at least 60 votes is still possible.

Senator Manchin published an op-ed in the Charleston Gazette-Mail over the weekend. He stated that he would not vote for the Democrats’ far-reaching bill to combat voter suppression, nor would he ever allow the legislative filibuster to end, a promise that undermines much of the president’s agenda.

Mr. Biden offered several concessions to Republicans last week in an attempt to garner support for a $1 trillion infrastructure plan that both parties could approve.

To comply with his new target of $2.3 trillion in federal budget cuts, the president has already shaved $1 trillion from his original proposal, and Republicans have only increased budget spending by $100 billion.

While Republicans remain displeased with Biden’s plan to fund the bill by increasing taxes on corporations and the wealthy, making a bipartisan agreement a long shot, it is notable that Democrats also oppose it.

The head of the U.S. Department of Transportation, Transportation Secretary Pete Buttigieg, let slip on Sunday that there was still interest among Democrats to shove a bill through the Senate even without the support of Republicans.

“In the context of what our friends on the other side say, the possibility of a third way exists,” South Bend Mayor Pete Buttigieg told Face the Nation on CBS.

But our overall goal is to make this happen by working together on a bipartisan basis, as this is a bipartisan priority for us.