Inflation is a Global Event. It's Not Just a US Disaster. 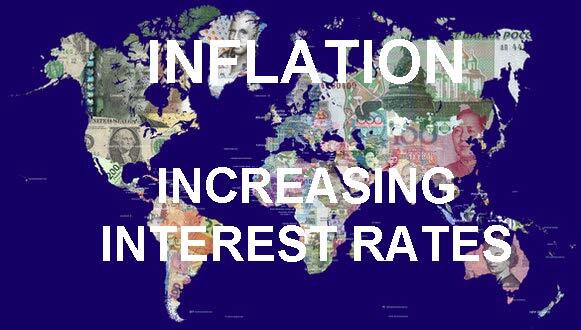 Britain's economy is feeling the effects of Inflation more deeply every day as war and high Inflation continues to rage. But Inflation and interest rates are increasing all across the world.

On Thursday, the Bank of England raised interest rates for the fifth straight policy meeting to 1.25 percent, the highest level since 2009.

Even though other major central banks across the world have recently opted for higher hikes, the Bank of England only increased interest rates by a quarter of a percentage point in response to the poor economic outlook in Britain.

According to reports released earlier this week, the economy shrank for the second consecutive month in April. The bank is now predicting a decline of 0.3% for the second quarter rather than a modest expansion.

Andrew Bailey, the central bank governor, had previously described officials as being on a "narrow path" trying to tackle Inflation without cooling the economy too much. However, inflationary pressures have increased, and the bank has become more concerned about widespread price increases as a result of firms passing along the cost of higher inputs in the form of higher selling prices and as workers lobby for higher salaries.

Electricity and gas prices are anticipated to rise again in October, pushing the annual inflation rate higher than 11 percent.

That would be the highest rate since the early 1980s and more than five times the bank's 2 percent inflation target. In April, Inflation was 9%.

Three of the nine members of the bank's rate-setting committee favored a half-point hike because they believed the bank should be more proactive.

On Wednesday, the Federal Reserve raised interest rates by three-quarters of a point, the largest jump since 1994. Last week, the European Central Bank said it would raise rates in July for the first time in more than a decade by a quarter-point but likely double the size of the rate increase at a meeting in September. The Swiss National Bank unexpectedly increased interest rates by 0.5 percentage points on Thursday.

In a shift in tone from the Bank of England's previous meeting in May, policymakers didn't rule out the possibility of a larger increase in interest rates in the future. According to the meeting minutes, the committee would be "particularly alert to indications of more persistent inflationary pressures and will, if necessary, act forcefully in response," according to the bank meeting minutes.

As supply bottlenecks from pandemic lockdowns and trade delays from the war in Ukraine converge, countries worldwide are confronting inflation rates unseen in decades.

Oil and gas costs have risen since Russia invaded Ukraine, and the cost of staples like fertilizer and wheat has contributed to a general upward trend in the cost of food around the world.

However, the bank noted on Thursday that not all of Britain's Inflation could be pinned on international factors. This country's tight labor market is also contributing to inflationary pressures. Companies are increasing wages and bonuses due to the increased competition for workers caused by the historically high number of available jobs.

Meanwhile, companies are also raising prices as their own costs increase. Core inflation, which strips out volatile energy and food prices, is expected to climb to 7 percent in September. 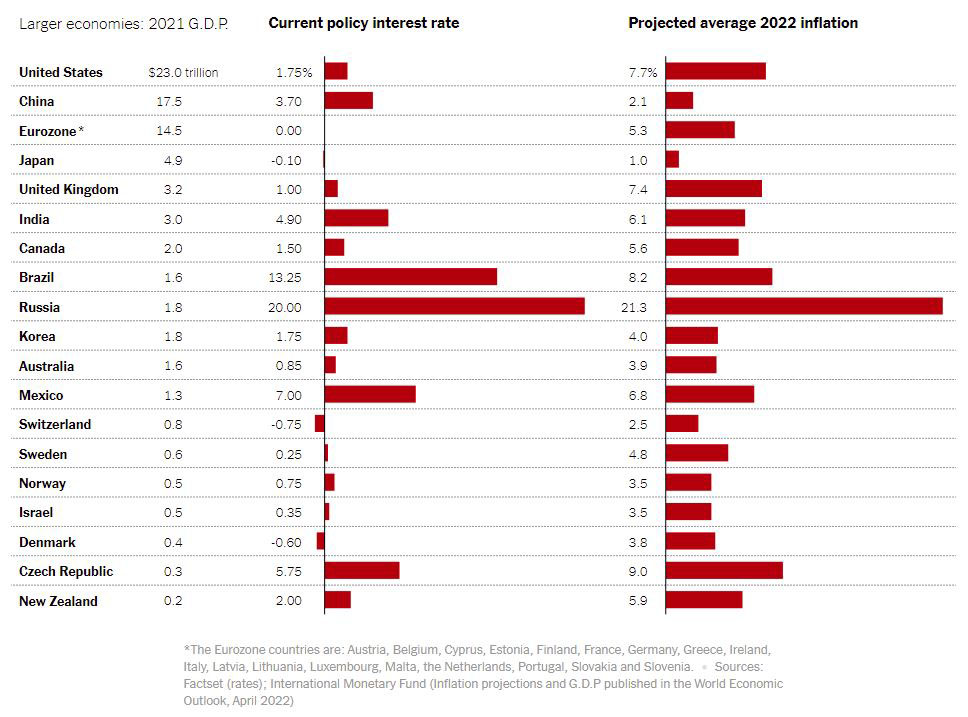 Nearly forty countries have increased interest rates in the previous six months. This is due to central banks in the United States, England, India, and elsewhere trying to slow down the fastest Inflation in decades by increasing borrowing costs.

On Wednesday, the Federal Reserve raised its benchmark policy rate, making it the third hike they've made this year and the largest increase they've made since 1994.

Within hours following the Federal Reserve's announcement, a number of other countries, including Brazil and Saudi Arabia, announced adjustments to their own interest rate policies. According to data from FactSet, 44 countries have increased their rates so far in 2022, with more adjustments expected in the future.

Increasing interest rates is a potent instrument that can be used to combat growing prices: They make borrowing money more expensive, dampening consumer demand and corporate expansion, which in turn has the effect of slowing down hiring and lowering economic growth.

This might result in slower wage growth for households and less pricing power for businesses, which would eventually have the effect of bringing Inflation under control.

It is a difficult balancing act that puts pressure on policymakers to rein in the economy without dramatically causing growth to fall off. Economists and investors regard that as a problem that is becoming increasingly difficult.

The World Bank and other agencies have issued pessimistic forecasts, leading to a growing fear of an impending economic downturn.

The Federal Reserve is planning to keep increasing interest rates this year, and they will most likely do so quickly.

As the European Central Bank (ECB) has indicated that it will increase interest rates in July for the first time in 11 years, investors increasingly believe it will move rapidly to slow down the economy.

After the Bank of Canada raised rates two weeks ago, there is a possibility that they will announce an even larger increase the following month. A number of the greatest economies in the world have declared their intention to take actions comparable to this.

To this point, there is scant evidence that Inflation will begin to moderate.

According to a survey published the week before last, consumer prices in the United States have once again increased. This comes after a broad range of goods and services, and gas prices rose dramatically.

Demand in the United States has, for the most part, continued to be healthy, despite showing early symptoms of ease. Consumers in other regions of the world are beginning to cut down on their spending.

The question that needs to be answered right now is whether or not the global economy will be able to endure a cycle of rate increases that is unlike any that it has experienced in recent times, or possibly ever.

The outlook is not encouraging in any way.