India Moves Towards a Cashless Society with QR Code 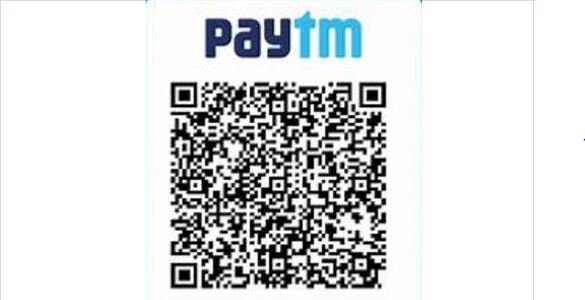 The epidemic has aided India's shift to a cashless economy, The Paymt QR code payment system, which is used by more than 20 million retailers throughout India, allows them to take payments straight into their bank account.

During a three-day offering that concludes on Wednesday, the business, One97 Communications, hopes to raise around $2.5 billion in total.

Several large institutional investors, including the sovereign wealth fund of Abu Dhabi, the Texas teachers' pension fund, and the University of Cambridge, have already made significant investments totaling more than $1 billion.

When Paytm was established in 2010, it started as a payments transfer service.

It now enables users to pay money to friends, purchase little products like coffee or apparel, and finance large-ticket purchases such as automobiles, among other things.

Paytm is almost omnipresent in India's largest cities, and it controls more than 40% of the country's digital payments industry.

Although the firm has yet to generate a profit, it benefits from a spike in interest from international and Indian investors wanting to have a foothold in India's burgeoning online economy.

The company's initial public offering (IPO) might be worth $20 billion.

Overall, investors are becoming more optimistic about the Indian economy's ability to rebound from the epidemic and a series of associated lockdowns that severely curtailed industrial output and consumer spending.

With the Reserve Bank of India's steady reduction in interest rates, banks have been encouraged to lend more, and customers — especially young, knowledgeable internet buyers — have been compelled to spend more.

Customers who have recently become more sensitive to cleanliness may choose to scan QR codes rather than touch currency, especially in India, where coronavirus infections are low, and foot traffic has returned to brick-and-mortar establishments.

Because of the epidemic, India is moving closer to becoming a cashless society. This movement started with the administration of Prime Minister Narendra Modi's unexpected demonetization in 2016.

The policy, intended to combat money laundering, prohibited the use of the most extensively used currency notes, wiping away people's savings and forcing companies to close their doors overnight.

However, five years later, it looks to have also produced some winners, including digital payment businesses such as Paytm, among others.

Mukesh Ambani, India's wealthiest man, entered into a joint venture with Facebook last year to provide digital payments via WhatsApp, the country's most popular messaging program, to its users.

Among the plethora of so-called unicorns funded by e-commerce giants such as China's Alibaba and its banking partner, Ant Financial, Paytm's initial public offering is the latest in a string of oversubscribed offerings in recent months.

In July, institutional and global investors rushed to India's food delivery service, Zomato, for its initial public offering, which was oversubscribed by 38 times the number of shares that were made available for purchase.

An August study from the Reserve Bank of India anticipated that India "may well turn out to be the year in which the initial public offering (IPO) takes place."