India and Pakistan Conflict Could Lead to a Nuclear Exchange 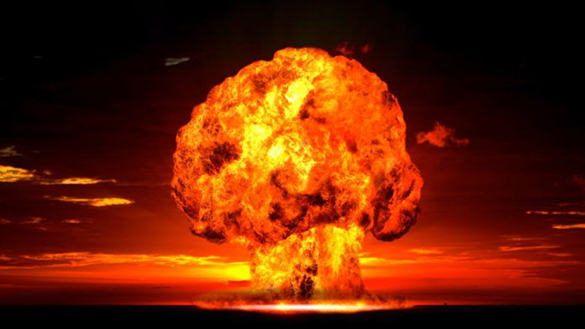 The last thing the world needs is a nuclear war between Pakistan and India. The danger is growing, and it is real.

The latest military confrontation between nuclear-armed India and Pakistan may be the most dangerous in more than 20 years. Pakistan reported today that it shot down two Indian military aircraft over its territory and also responded to the Indian aggression with missile attacks in Indian-controlled Kashmir.

Both India and Pakistan are claiming they have each shot down a fighter jet in the “aerial encounter.” However, only Pakistan military has posted a photo of the captured Indian fighter pilot.

While Pakistani military officials released a photo the Indian pilot showing him on Twitter, sitting in a room, and insisted he is being treated “as per norms of military ethics.” The fact is showing his picture is a violation of Geneva Conventions.

The video and pictures of the Indian pilot showed him blindfolded and apparently with blood on his face. This prompted India’s Foreign Ministry to issue a statement saying it…“ strongly objects to Pakistan’s vulgar display of the injured pilot” and expected “his immediate and safe return.”

Pakistani Prime Minister Imran Khan in a speech to his nation today that wants to avoid war with India, and urged…

“Let’s settle this with talks.”

“Our action was only intended to convey that if you can come into our country, we can do the same. With the weapons you have and the weapons we have, can we really afford a miscalculation?”

There was no public stat Indian Prime Minister Narendra Modi. The tit-for-tat airstrikes and today’s aerial dogfight, the first since 1971, were triggered by a Feb. 14 terrorist bombing in Indian-controlled Kashmir that killed 40 Indian security personnel.

The Kashmir bombing on February 14th was claimed by a Pakistan-based militant group called Jaish-e-Muhammad and was the deadliest single attack in 30 years of protests and conflict over the disputed Himalayan region, which after decades is claimed in its entirety by both nations.