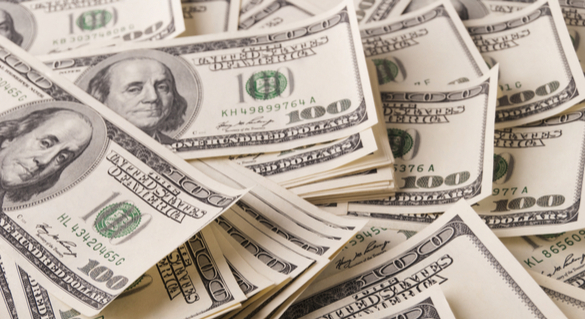 The year-over-year increase in consumer prices was 7.7 percent through October, which was lower than what experts had projected. When it became clear that the Federal Reserve's efforts to rein in inflation were having the desired impact, investors showed their excitement.

The data for the Consumer Price Index was released on Thursday, showing that inflation had decreased more than expected in October. This is encouraging news for American consumers, the Federal Reserve, and the White House, who have been dealing with months of prices that have stubbornly remained the same.

Even if price hikes are still happening at a quick pace that is difficult for many families to bear, there are now hints that they may be starting to turn the corner. The consumer price index rose by 7.7 percent in the 12 months through October, which was lower than the 7.9 percent that experts had anticipated it would rise by and lower than the 8.2 percent it rose by in the 12 months through September.

A measure of inflation known as "core" inflation slowed to 6.3 percent on an annual basis, down from 6.6 percent in the previous estimate, when food and fuel prices were removed from the calculation. Both of these categories experience price volatility.

The underlying particulars of the report included more promising information: Prices for used automobiles and apparel both saw significant decreases over the course of the last month, indicating that an economic downturn that had been predicted for some time now has finally materialized. A portion of the slowdown in the service sector may be attributed to the anticipated reduction in the cost of medical treatment; nevertheless, certain discretionary expenditures, such as travel and tickets to sports events, have also become less expensive.

The research shows early signs that the Fed's attempt to curb high inflation may combine with supply chain mending to relieve pricing pressures. This combination may be easing price pressures. This year, the central bank has attempted to reduce demand from consumers and businesses by increasing interest rates from near zero to around 3 percent. In doing so, the bank hopes to give supply a chance to catch up with demand. The report released on Thursday indicated that this might be occurring, which may boost the prospects for a "soft landing," a scenario in which price growth slows down without a harsh recession occurring.

In a speech she gave immediately after the report was made public, Lorie K. Logan, president of the Federal Reserve Bank of Dallas, referred to the Consumer Price Index data from this morning as a "welcome respite." "However, there is still a significant distance to go."

Although it is anticipated that inflation will continue to run at a high pace until the end of 2022, there are grounds to believe that it will begin to reduce more substantially in 2023.

However, other factors can sustain inflation at its current high level. In the future, one of the most pressing concerns is how the cost of non-housing-related services, such as the care of animals and children, medical treatment, manicures, and restaurant meals, will change. Wage growth, which has been rapid over the course of the last several months, is directly correlated to price increases in these product categories. If this trend continues, it may be difficult for inflation to return to the usual rate of around 2 percent, as it had been before the epidemic. It is quite probable that businesses would attempt to pass on the growing cost of labor to customers through increased pricing.

On Thursday, the stock market had a sharp uptick, with the release of new data indicating a slowdown in inflation. This bolstered investor optimism that the Federal Reserve may decrease the pace of interest rate hikes, which have been a drag on the market.

The S&P 500 started the trading day with a rise of 3.6 percent, and if that gain is maintained throughout the day, it would be the highest one-day performance for the index so far in 2018.

The move came after the index had dropped by 2.1 percent the previous day, on a day when it was still uncertain who would control Congress after the midterm elections and when chaos erupted in cryptocurrency markets following the failure of one of the top cryptocurrency exchanges.

The data from the Consumer Price Index acted as a tailwind for the market on Thursday, with prices growing at a slower pace in October than experts had anticipated they would. Yields on U.S. government bonds, which are known for being especially sensitive to forecasts of future rises in interest rates, saw a significant decline.

The newly released inflation data is essential for evaluating the Fed's efforts to bring down persistently high inflation by slowing the economy by implementing higher interest rates. These higher interest rates have also contributed to the significant decline in the stock market that has occurred this year.

Before the statistics were made public, a number of experts and investors issued a word of warning, stating that it would take a far longer amount of time for inflation to begin falling before the Federal Reserve would cease hiking interest rates.

At the central bank meeting a week ago, the head of the Fed, Jerome H. Powell, took a firm stance and said that the task of decreasing inflation was not yet complete. It is possible that rate hikes in the coming months will not be as significant as the bumper three-quarter point moves that have occurred over the course of the previous four Fed meetings; however, he indicated that over the period of time, rates could rise higher than investors had been anticipating they would.

After Mr. Powell's statements drove up investors' expectations of future interest rate rises, investors evaluated their views after viewing the new inflation statistics and found that their expectations were lower than before.

Despite this, investors have priced out any possibility of the Federal Reserve raising its policy rate by a fifth straight three-quarter point in December. Instead, they anticipate a modest rise of 0.5 percentage points to the Fed's policy rate.

The two-year Treasury note yield, sensitive to changes in Fed policy, fell by more than 0.2 percentage points and is now hovering at 4.4 percentage points. The value of the dollar quickly dropped, falling by one percent against a group of currencies that are used to symbolize the primary trade partners of the United States.