In China, Those Who Dare Report on Coronavirus “Go Missing” 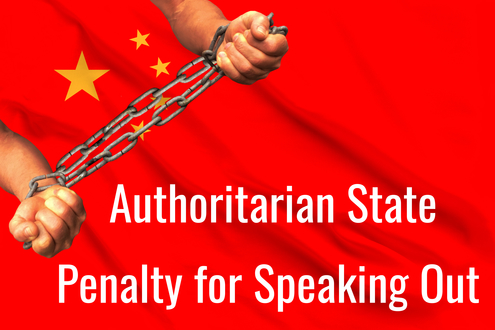 Lawyers, doctors, teachers, journalists, anyone who speaks out about the true widespread nature of the Coronavirus are vanishing and are being quarantined with those who have the deadly virus to keep them from talking.

People in China, who report the truth about the deadly Coronavirus are being fined, or worse are vanishing perhaps forever

The number of people being taken into custody is not known. When someone suddenly disappears, their friends are too scared to speak out.

Let’s all understand that China is an authoritarian state in which there is absolutely no free speech. Speaking out, reporting anything that doesn’t align with the country's’ government-controlled press can result in local authorities subjecting citizens to death,  jail, banishment to a concentration camp, or even being quarantined with highly infectious Coronavirus patients.

“A lawyer [Chinese lawyer Chen Qiushi] who had provided a rare glimpse into the dire conditions in Wuhan, the epicenter of the Coronavirus outbreak, has gone missing, his friends say, expressing fear for his safety.”

“The lawyer, Chen Qiushi, who is based in Beijing, had been reporting from Wuhan since the city went into lockdown last month as the authorities scrambled to contain the virus.”

“In a series of video blogs and footage posted on Twitter and sometimes on YouTube, which is both blocked in mainland China, Mr. Chen documented the plight of patients and the shortage of hospital supplies, and he warned of cross-infection in Wuhan’s mass quarantine sites.”

Some reports estimate that anywhere between 185,000 and 371,980 people have been infected in an around Wuhan that has a population of 11 million, is a more accurate number of those infected with the virus. More than 50 million people remain quarantined in China while the government has spent a paltry US$4.5 billion fighting the virus in the first six weeks of the contagion.  That works out to 11-cents (US) per person in China’s quarantine. But they intend to spend 22-cents (US) per person if necessary. Meanwhile…

A study of the Wuhan Coronavirus outbreak calculated

According to mathematical modeling, the London School of Hygiene & Tropical Medicine is using to predict the epidemic’s transmission dynamics the Coronavirus will possibly infect at least 1 in 20 people in Wuhan, the epicenter of the global outbreak, by the time it peaks in the coming “weeks,” according to scientists covering the spread of the virus.

Adam Kucharski, an associate professor of infectious disease epidemiology, in a Sunday email…

According to this study and just assuming 11 million people in Wuhan, we should expect “only 550,000 cases of Coronavirus by the end of the outbreak. That would imply 11,000 deaths. If these statistics are applied to the 50 million people quarantined, that number jumps to 2.5 million people and 50,000 deaths. These estimates, of course, don’t include infections world-wide. 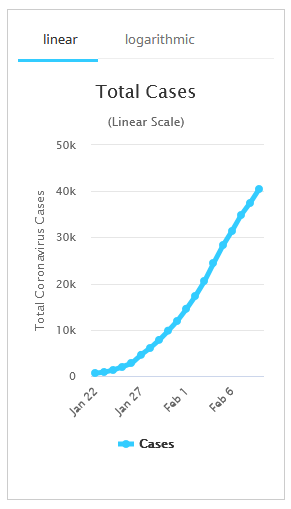 There are a couple of apparent flaws or variables in this newly released study, including the way Kucharski and his colleagues have their modeling about the virus, including incubation of 5.2 days and a delay from onset of symptoms to confirmation of infection of 6.1 days. According to many reports, the onset of symptoms may take as many as 14 days, not 5.2 or the 6.1 days they used needed for confirmation of the infection.

This potential flaw in the London School of Hygiene & Tropical Medicine is based on the number of infections and death being reported by the Chinese government that appears to be in cover-up mode despite its claim of transparency.  Kucharski and his colleagues, if given accurate infection numbers, could be warning 2.5 million people and 50,000 deaths, or even a multiple of an AI study, we reported about 2.5 billion with an unimaginable 53 million deaths. The fact is without completely accurate numbers to work with any study AI, University Medical or and Mathematical is nothing more than an unfounded guess.

The London School of Hygiene & Tropical Medicine is projecting the peak of the global health emergency to occur in the middle of February. The SARS epidemic lasted nine months. Are we really to believe this epidemic that has been officially tracked according to the Chinese government since the end of December and is only a little more than one and a half months old - is going to peak in the next week or so?