Immunocompromised Patients Get the Third Dose of Pfizer, Moderna Vaccines 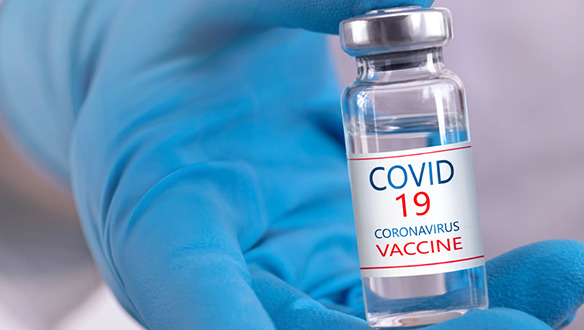 Approval by the FDA has come through for Covid booster injections for immunocompromised Americans due to the increase in Covid cases caused by the Delta mutation of the virus.

A third dosage of the Moderna and Pfizer-BioNTech Covid-19 vaccines has been approved by the Food and Drug Administration, announced on Thursday. This allows specific individuals with weakened immune systems to get a third dose of the vaccinations.

In this case, the FDA rule has been changed to apply only to individuals who have been unable to build a sufficient immune response against the virus, despite having received a complete vaccination.

The aim, according to specialists, is that the extra dosage will give these patients with levels of protection comparable to those seen by individuals who do not have compromised immune systems.

According to the Centers for Disease Control and Prevention, immunocompromised people constitute about 2.7 percent of the adult population in the United States.

Organ transplant recipients, some cancer patients, and HIV-positive individuals fall into this category.

Other people who are entirely vaccinated are sufficiently protected, and they do not need an extra dose of COVID-19 vaccine at this time, according to Dr. Janet Woodcock, acting FDA Commissioner, in a statement released on Thursday.

Additional dosages are being evaluated for "certain immunocompromised people, particularly organ transplant recipients or those who have been diagnosed with diseases that are deemed to have a comparable degree of immunocompromise," according to the Food and Drug Administration.

Only the third doses of the Pfizer and Moderna vaccines are covered under the revised EUAs.

In a briefing with the White House Covid response team earlier in the day, CDC Director Dr. Rochelle Walensky stated, "This action is about ensuring that our most vulnerable — who may require an additional dose to enhance their biological responses to the vaccines — are better protected from Covid-19."

The FDA's modification does not apply to the general public, as previously stated.

Such booster doses would only be administered if it was shown that the vaccinations' level of protection had fallen below a particular threshold — though scientists are still trying to figure out precisely what that threshold is at this point.

According to Dr. Anthony Fauci, director of the National Institute of Allergy and Infectious Diseases, "if the data show that the degree of protection has decreased below a critical level," "that's when you're going to hear about the implementation of boosters" in the general population, he said on TODAY on Thursday.

According to him, the immunocompromised, on the other hand, "never really had a decent reaction, to begin with."

The FDA's action clears the way for the Centers for Disease Control and Prevention to revise its official recommendation for the third dosage in this group, which is required before physicians begin administering them to their immunocompromised patients.

A panel of independent advisors to the Centers for Disease Control and Prevention is set to meet Friday to review the FDA's revised emergency use permission and provide views on whether or not the agency should propose that the modification be implemented, according to Walensky.

A vote of this kind is only held after the FDA has taken regulatory action.

The Centers for Disease Control and Prevention is not obliged to agree with the recommendations of its advisory committees, although it generally does.

This group of advisors from the Centers for Disease Control and Prevention (CDC) recommended the federal government take action on additional dosages for immunocompromised individuals in July.

They are "doing all they can to protect themselves and their loved ones by getting vaccinated and having their close connections immunized."

And it isn't nearly enough.

Studies have shown that two injections are often insufficient to elicit even a minor immunological response in immunocompromised individuals.

However, according to studies, a third dosage may be necessary to give these individuals additional protection.

One research published on Wednesday in the New England Journal of Medicine showed that a third dosage of the Moderna vaccination increased antibody levels in organ transplant patients after receiving the vaccine.

Dr. Dorry Segev, assistant vice chair for research and professor of surgery at Johns Hopkins University, said that just because patients do not acquire measurable antibody levels after the first two doses, it does not rule out the possibility that the injections offer positive effects on some level.

According to him, it is probable that the first two injections are "already priming the immune system."

It is still unknown how strong the reaction would be after the third dosage of the drug.

There haven't been enough individuals who have received that additional injection to provide researchers with a thorough grasp of the consequences.

One research conducted by Segev and his colleagues, which was published last month in the journal Transplantation, demonstrated exactly how susceptible organ transplant patients are, even after receiving comprehensive immunization.

The research, which examined more than 18,000 fully vaccinated organ transplant patients, found 82 times more likely than the general population to get a breakthrough infection and 485 times more likely to have that condition result in hospitalization or death.