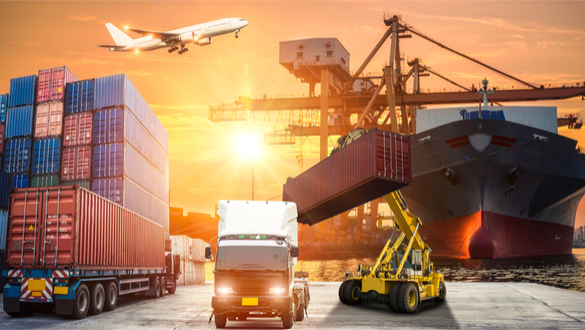 President Trump’s latest threat to shut down $1.6 daily trade between the United States and Mexico so he can close down the southern border is just another economic wrecking ball that will seriously harm the U.S. and global economy.

According to President Trump shutting down trade between the United States will help the U.S. economy because it will reduce the trade deficit between our two countries. Thus in a simple statement, POTUS has no understanding of economics or slightest understanding of international trade. Trump’s reckless trade wars with China, European Union, Japan, South Korea and many other of our most reliable trade partners has already lead to sharp cuts in expected economic growth around the world, including putting the global economy in a recession.

The International Monetary Fund Managing Director Christine Lagarde on Tuesday warned that in 2017 President Trump’s first year in office, 75% of the world economy experienced an upswing, a moment of synchronized prosperity that resulted in one of the best years in global growth since the world was coming out of the Great Recession. This year, the IMF expects 70% of the global economy to experience a slowdown.

Christine Lagarde went on to warn…

“This is a delicate moment that requires us to ‘handle with care. This means that we must not only avoid policy missteps but also be sure to take the right policy steps.”

The global economy Lagarde argues is amid economic slowdown as a result of resolving President Trump’s expansive trade war and ongoing Brexit fight that’s leaving businesses and citizens apprehensive about the future. Ending the trade war and settling Brexit would go a long way toward preventing a broader slowdown, and global economic recession.

Lagarde went on to say growth has been slowing primarily because of trade tensions and monetary tightening last year. It then complimented the U.S. Federal Reserve for reversing course on interest rates, in a way that will “benefit” the world economy referring to the Fed’s decision not to raise interest rates this year, and ending its asset reduction efforts.

That leaves President Trump’s tariffs and Brexit as the two major threats weighing on the world economy.

The IMF released new research Wednesday that finds that if the United States and China raise tariffs by 25% on all goods traded between the two countries, the U.S. economy will reduce economic growth to between 0.3% and 0.6%, while the economy of China would lose between 0.5% and 1.5%.

The IMF report determined that by focusing on bilateral trade deficits the way President Trump is useless because erecting trade barriers against one country such as China typically results in the United States importing more from other nations, the report concludes. It just shifts the trade deficit from one importer to another

The IMF report went on to predict the U.S. trade deficit will widen even further because of “recent fiscal stimulus” from Trump’s tax cuts and the uptick in government spending. This is already proving to be an accurate read of the global trade balance because last year was the most massive U.S. trade deficit for goods in United States history.

President Trump has been like broken record insisting he is using import tariffs as a negotiating tool to force China to agree to stop stealing U.S. intellectual property and end its subsidizing of so many of its industries. While the lead author of the IMF study on trade economist Florence Jaumotte believes that Chinese subsidies likely played a role in the U.S.-China trade deficit, she points out that…

“Most countries do some subsidizing, but the issue [with China] is more the extent of it and how widespread it is.”

Top Chinese officials are in the United States this week in hopes the two countries will be able to come to an understanding and an agreement to end the trade war. Both the Chinese and Trump Administration are feeling pressure. Approximately 85% of chief financial officers according to a quarterly survey of more than 150 CFOs by consulting firm Deloitte said they expect a U.S. downturn by the end of 2020…

“Those expecting a downturn were most likely to cite U.S. trade policy, business and credit cycles, and the impacts of slowing growth in China and Europe on the U.S. economy.”

Trump has imposed very hefty tariffs on nearly 15% of all U.S. imports. The only good news in the report is only 15 percent of the CFOs surveyed expect to say a recession in 2020. The IMF’s report also takes that position, Lagarde said on Wednesday…

However, the economic fuel preventing a global recession is the expectation that Chinese government will provide more economic stimulus to help that country rebound and the hope that President’s Trump and Xi will agree to remove their mutual tariff penalties and Brexit will finally be put to bed. The IMF is expected to release its latest growth projections for the United States, China as well as global economic forecast next week.