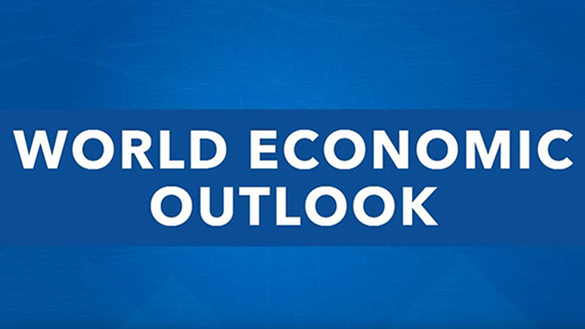 The International Monetary Fund, a 190-country lending agency, announced Tuesday that it expects the world economy to expand by 6% in 2021, increasing the forecast from 5.5% it made just 3 months ago in January.

Between the global rollout of Covid-19 vaccines and the massive sums of government stimulus and financial aid, the International Monetary Fund (IMF) has decided to raise its global economic forecast.  The forecast has been revised from a growth rate of 5.5%, predicted in January to 6%. Making the economic expansion underway the fastest for the global economy since the IMF began tracking economic growth since 1980.

The IMF also raised its forecast for global economic growth from its January prediction of 4.2% to 4.4% for 2022.

“A way out of this health and economic crisis is increasingly visible.”

The IMF also revised its estimates on the global economic contraction that took place in 2020 as a result of the worldwide pandemic that started on its way to infect over 100 million people and kill more than 2 million. The IMF now says the world economy shrank 3.3% last year. This is also the worst annual world economic recession since the IMF began tracking economic growth. Still, it’s an improvement on the 3.5% decline the IMF had estimated took place in January 2020.

The IMF also points out that without the $16 trillion in global government stimulus and aid that helped support and sustain corporations and consumers during the Covid-19 lockdowns, the global recession could have produced a 9.9% economic contraction worldwide, which would have caused an economic disaster that would have made the economic depression of the 1930’s look like a picnic.

According to the latest IMF, the U.S. economy, the world’s largest, is now forecast to expand 6.4% in 2021, the fastest rate of growth its seen since 1984, and predicts it will continue to grow at 3.5% next year. This prediction by the IMF is based on President Biden’s $1.9 trillion economic rescue package passed last month. It is built on his administration’s successful acceleration of vaccinating Americans and their return to restaurants, bars, stores and air travel now that a full 18% of the U.S. population has been fully vaccinated.

In China, the world’s second-largest economy had the authoritarian power to impose a draconian shutdown of key regions of the country affected by the Covid-19 virus. As a result, they had a head start on economic recovery is prompted the IMF to predict its economy will grow by 8.4% in 2021 and continue to grow in 2022 by 5.6% in 2022.

The IMF Chief Gopinath warned that the global economic recovery underway would be uneven. Poorer countries that can’t afford to spend vast sums on economic stimulus and are economically dependent on tourism will see much lower rates of economic growth in 2021 and 2022. In fact, the economic consequences of the Covid-19 pandemic reversed gains in the battle against global poverty and increased the number of those trapped in extreme poverty by 95 million.

“Many of the jobs lost are unlikely to return.”

She pointed to economic trends and transitions that have accelerated by the pandemic, including the acceleration of automation and the use of e-commerce as opposed to brick-and-mortar shopping.

The increased forecast of economic growth in the United States doesn’t come without risk. A faster, more robust economic rebound in the United States could drive U.S. interest rates higher and potentially rattle the world’s financial markets and drive investment out of harder hit and debt-ridden countries.

It’s important to note that the revised economic growth predicted in the United States and globally does not consider the potential of President Biden’s proposed $2.2 trillion infrastructure package. As a result, the IMF forecasts that the global economic recovery will fade and return to pre-Covid-19 growth of just 3%.

The IMF forecast also doesn’t take into account the likely possibility of new IMF reserves totaling US$650 billion being contributed by the G20. These reserves are to help fund the US$44 billion needed to vaccinate 70% of the world’s population in lower- and middle-income countries by the end of 2022, at no added cost to rich countries, according to a new Rockefeller Foundation report due to be released on Tuesday.