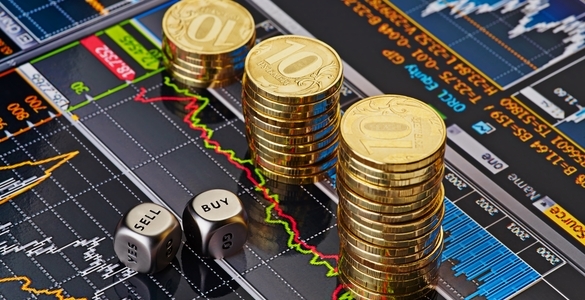 Over 80 countries, mostly of low incomes, have already have requested emergency aid from the International Monetary Fund (IMF). The IMF chief speaking with reporters via a virtual meeting with the Washington-based lender’s steering committee requested an increase in IMF funding fast-deploying emergency facilities from their current level of around $50 billion.

The wild gyrations of the financial markets globally, including the drop of as many as 10,000 points in the Dow Jones is the cause of great alarm to economists.  More than 3 million people filed unemployment applications in the United States this past week, with the prospect of several million more to come.

This is taking place even after Washington has approved over $2 trillion in stimulus funding that could make the coronavirus pandemic the worst economic ‘shock and stop’ since the U.S. and the world depression of the 1930s.

IMF chief Kristalina Georgieva said Friday the coronavirus pandemic has driven the global economy into a downturn that will require massive funding not only in the developed nations but in developing nations. She went n to say…

“It is clear that we have entered a recession” that will be worse than in 2009 following the global financial crisis.”

Georgieva estimates the IMF will need to bolster its funding “for the overall financial needs of emerging markets to $2.5 trillion.” then cautioned that her estimate “may be on the lower end.”

The coronavirus has sent emerging markets into a panic that has caused a sudden departure of the capital of more than $83 billion in recent weeks. While the IMF can cover much of what the governments in the emerging markets can’t with domestic resources, it’s also clear   “….the domestic resources are insufficient, and many already have high debt loads that will make the IMF the lender of last resort."

Georgieva went on to say during the video conference call…

“We do know that their reserves and domestic resources will not be sufficient,” adding that the fund is aiming to beef up its response “to do more, do it better, do it faster than ever before.”

She also welcomed the $2.2 trillion economic package approved by the U.S. Senate, saying, “it is absolutely necessary to cushion the world’s largest economy against an abrupt drop the economic activities.”

The U.S. stimulus package passed by the House and signed into law by President Trump yesterday is also important because it accelerated Washington’s $78 billion contributions to the IMF’s lending capacity. The fund membership in January approved a plan to double one of its funding baskets — the New Arrangements to Borrow — to about $500 billion just in time for this crisis.

“The U.S. decision to speed up approval of its substantial new contributions to the IMF is a powerful message to the international community and helps solidify the IMF’s (overall) US$1 trillion lending capacity.”