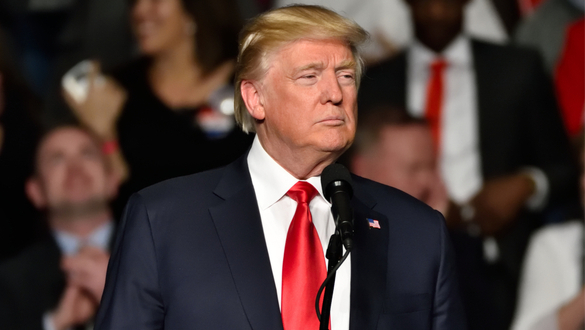 Russ Choma of Mother Jones has written a blockbuster story every 2020 voter should read. Choma’s investigation exposes a potentially fake loan connected to the Trump International Hotel and Tower project in Chicago that President Trump may have used to avoid paying income taxes on nearly $50 million of profits.

Russ Choma bombshell investigation results were published on Thursday on whether President Trump and a shadowy shell company he owns called Chicago Unit Acquisition LLC faked the existence of a loan to Trump International Hotel and Tower in Chicago for more than $50 million, as part of a string of potential felonies he committed for the purpose of evading Federal and State of Illinois’ taxes.

Trump has said on his financial-disclosure forms that he owes Trump and the Trump Organization but has avoided questions about the loan. Mother Jones Choma noted in his article that POTUS, while a candidate for the Republican nomination, told The New York Times in 2016 that he bought the loan from a group of banks several years ago and that instead of retiring it, he decided to keep it outstanding and pays interest on it to himself.

Mother Jones Choma points out that there are Media reports that the shadowy company does not earn revenue, and is virtually worthless.

According to Mother Jones, a 2008 lawsuit the project was financed by Deutsche Bank, which put up $640 million and a hedge fund called Fortress Investment Group provided $130 million of funding, according to Choma.

In total, Trump owed a little over $800 million to both institutions. Trump was able to pay off his debt with Deutsche Bank and Fortress Investment Group during the following several years. However Fortress ultimately agreed to settle for just $48 million for the $100 million loan balance. According to Choma this means one of two things occurred. Either…

§  Fortress considered the loan repaid and forgave more than $50 million of debt from Trump, an action known as a discounted payoff. If Trump were lucky enough to get that deal, the debt would be considered taxable income, and Trump would have had to pay as much as a 39% income tax on it just in Federal Taxes, Illinois and Chicago City income taxes may also apply.

Trump bought the remaining debt using a corporation and "parked" the money there to avoid paying income taxes on it. This practice, known as debt parking, is legal as long as the borrower plans to repay the rest of the loan. It's illegal to engage in this indefinitely.

Two sources with direct knowledge according to Chomo believes are reliable the hedge fund didn't sell Trump the loan, and instead the hedge fund canceled the debt after Trump repaid about half of it. Trump still claims he owes millions related to the Trump hotel project in Chicago

In either case, Trump has created a criminal scheme via this phony loan to avoid paying taxes on $48 million of income. Chomo quotes Adam Levitin; a law professor who specializes in commercial real estate finance who teaches at Georgetown University as saying the scheme was and remains "pretty brazen." Levitin is also quoted as saying…

"If he didn't actually buy the loan, this is just garden-variety fraud,"

As close observers of Donald Trump’s business deals over the years quickly point out this isn't the first time Trump has been accused of engaging in shady, or downright illegal, practices to avoid paying taxes. The New York Times reported last year that Trump used a series of dubious tax schemes to shield his $400 million inheritance from his father from the IRS.

If this is the case, the statute of limitations may not save him from being indicted even if he wins a second term in 2020.