If subpoenaed, a president has to testify before a grand jury - Kavanaugh 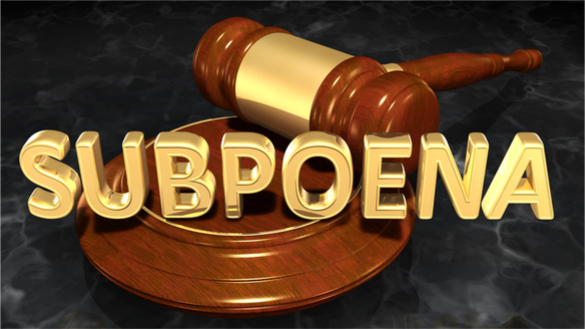 In 1995, Brett Kavanaugh, a nominee for Supreme Court Justice served on the counsel investigating President Bill Clinton, argued that an incumbent president would have no choice but to testify before the grand jury if he was to be subpoenaed.

At the time, Kavanaugh worked for Ken Starr, an independent counsel. He asked whether the disclosure of the testimonies of President Clinton and the first lady, Hillary, would be protected under the secrecy rules of the grand jury, based on an argument that separation of powers and the Presidency's dignity needed to be protected.

In a memo on January 25, 1995, to members of the independent counsel, including Starr, Kavanaugh describes that argument as weak.

Kavanaugh adds that the argument is weak; as the tradition and history of the US’ jurisprudence is that nobody is exempt from the law, even the President. He also asked why the President should act differently than anybody else when he responds to a grand jury subpoena.

Kavanaugh is now a judge for federal appeals and admits that when the President appears before a grand jury, he may claim executive privileges when asked about specific communications. Kavanaugh does, however, feel that this is altogether a different issue.

In May, Rudy Giuliani, President Trump's lawyer, stated that the President couldn’t be subpoenaed by special counsel Mueller as he investigates the election of 2016 and Russia’s involvement therein.

Giuliani told Fox News that Trump won’t be able to be subpoenaed personally based on the case’s circumstances, but that documents may have to be supplied as was the case with Nixon. A total of 1.4 million Documents have already been provided. Giuliani argues that although Trump may be required to testify in criminal or civil cases, he can't be required to testify in his case because of the possibility of impeachment.

Kavanaugh wrote another memo in 1998 to the attorneys working with Starr and stated that he opposed any indictment before the Senate proceeding was concluded. Kavanaugh referred to the impeachment proceeding against President Clinton. Kavanaugh also added that he would communicate with the Attorney General after the Senate proceedings had concluded, stating that they feel a President should not be indicted while in Office.

The memos written by Kavanaugh were part of the thousands of documents released by National Archives on Friday.

The confirmation hearing of Kavanaugh by the Supreme Court is set to start on September 4.