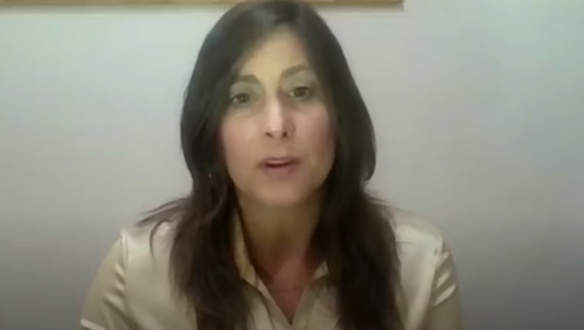 Republican state Representative Heather Scott compared Idaho Gov. Brad Little (R-ID) to Adolf Hitler because she thinks his stay-at-home orders during the coronavirus pandemic is akin to deporting Jews to Nazi extermination camps. After all, they weren’t essential workers.

“You can’t take away people’s lives and property without compensation, and that’s exactly what he would be doing,” “I mean, they are already calling him Little Hitler — Gov. Little Hitler.”

“And so I think people will start educating others, and people will be more and more vocal until they will say, ‘Enough of this,’ and put the pressure — hopefully political pressure — on him…That’s what I would hope for.”

“Mass murder and genocide is not the same thing as deciding which businesses should essentially stay open and which should stay closed.”

“It makes my heart heavy to hear a comment from an elected official that shows such deep disregard and lack of respect for what the Jewish people experienced during the time of the Holocaust. It also shows an extreme ignorance of history."

“Her words will be especially hard for members of our community whose own relatives were put on those trains. Not to mention the few Holocaust survivors, we are still privileged to have lived among us.”

Rep. Heather Scott has not responded to messages from The Spokesman-Review on Thursday. Instead, she took to Facebook to warn supporters of a forthcoming “hit piece.”

Scott complained that “biased local and national media continue to twist and turn facts away from their original intent and into their ongoing war of hate towards conservatives and Americans in general.

“My videos and interviews are generating a lot of positive responses, and people are waking up. My recent analogies are poignant and relative to our times. While human lives are certainly more valuable than a business, we cannot underestimate nor ignore that our businesses are the lifeblood of the citizens who own them, the communities they are in, and to the customers they serve. Losing the former destroys the latter.”

Scott has repeatedly downplayed the dangers of the coronavirus that can become the potentially deadly COVID-19 disease and referred to Little’s actions as “unconstitutional edicts.”

“I’m not a lawyer, but I checked with a constitutional lawyer, and absolutely he cannot, he cannot do that,” she said during the podcast interview.

Scott is no stranger to controversy or being accused of ignorance and racism. Since winning her first election to serve in the Idaho Statehouse in 2014, Scott has made headlines for being stripped of committee assignments after criticism of her House colleagues, visiting with armed protesters who staged a sit-in at an Oregon wildlife refuge. She also has…

·        Later in 2017, in an open legislative session, she accused another female lawmaker of offering sexual favors to gain a seat on a House committee.

·        She recently sponsored a bill to remove some requirements to report domestic and child abuse.

Scott and Bonner County Sheriff Darryl Wheeler, whom she praised during Thursday’s podcast interview, previously denounced Little’s response to the COVID-19 pandemic, accusing him of infringing on civil liberties by issuing a stay at home order.

Tony Stewart, a founder of the Kootenai County Task Force on Human Relations – formed in the 1980s to oppose local hate groups like the Aryan Nations – also called Scott’s remarks offensive. He noted that governors of both parties have closed businesses and ordered people to stay home, and Wheeler’s ignorance is disgraceful. Stewart went on to say…

“We have the highest praise for Gov. Brad Little….What he’s done – like other governors have been doing – is trying to prevent death.”