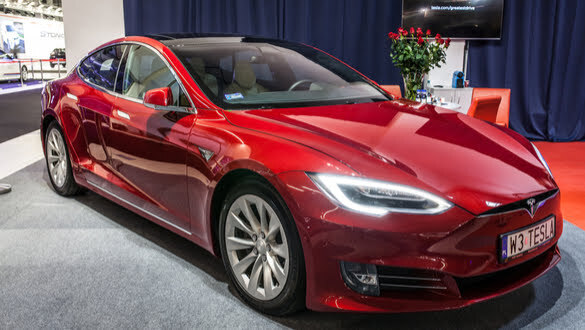 The National Highway Traffic Safety Administration has published data on automotive accidents involving automated components that occurred over the course of ten months.

The top auto safety regulator in the United States National Highway Traffic Safety Administration (NHTSA) reported on Wednesday that in the past ten months, there have been close to 400 accidents in the United States involving vehicles that were equipped with advanced driver-assistance systems. These findings are a part of a comprehensive effort to establish the safety of advanced driving technologies as their use becomes more widespread.

In the 392 cases reported to the agency between July 1 of the previous year and May 15 of this year, six persons were killed, and five others sustained serious injuries. There were 273 accidents involving Tesla vehicles running with the Autopilot feature, the more ambitious Full Self Driving mode, or any of the linked component capabilities. There were fatalities associated with five of those Tesla collisions.

The information was gathered as a result of an order issued by the NHTSA a year ago, which required automakers to record collisions that included vehicles equipped with advanced driver-assistance systems. In recent years, a large number of manufacturers have introduced such systems, which can include functions such as those that enable the driver to remove one or both hands from the steering wheel under specific circumstances and those that assist the driver in parallel parking.

The NHTSA's decision was an unusually aggressive step for the regulator. In recent years has been criticized for not being more assertive with automakers. The NHTSA's order was a response to this criticism.

Matthew Wansley, a professor at the Cardozo School of Law in New York who specializes in emerging automotive technologies, stated that the National Highway Traffic Safety Administration's (NHTSA) approach to autonomous vehicles and driver assistance systems had been "passive" up until the last year. This marks the first time the United States Federal Government has directly gathered crash data on any of these technologies.

The administrator of the NHTSA, Steven Cliff, spoke with reporters before the publication on Wednesday and said that the data — which the agency will continue to gather — "will assist our investigators swiftly identify any fault trends that arise."

According to Dr. Cliff, the NHTSA will use such data as guidance in developing any rules or requirements for the design and usage of their products. "These technologies hold enormous promise to increase safety, but we need to understand how these vehicles function in real-world scenarios," he added. "We must understand how these vehicles work in real-world situations."

However, he cautioned against drawing any conclusions from the data that has been collected up to this point, pointing out that it does not take into account certain factors, such as the number of automobiles produced by each manufacturer that is currently on the road and equipped with these kinds of technologies.

Even though a car equipped with an advanced driver-assistance system can steer, brake, and accelerate, the driver must nevertheless be vigilant and be prepared to take control of the vehicle at any moment.

The fact that these technologies permit drivers to give up active control of the vehicle raises concerns among those specializing in safety since it may lead drivers to believe that their vehicles are operating independently. Drivers can be unprepared to swiftly take control of the vehicle if the technology fails or cannot manage a certain condition.

One possible explanation for why Tesla vehicles accounted for nearly 70 percent of the reported crashes in the data released on Wednesday is that approximately 830,000 Tesla cars in the United States are equipped with Autopilot or one of the other driver-assistance technologies offered by the company.

Even though Ford Motor, General Motors, BMW, and other automakers have developed similar cutting-edge technologies that enable hands-free driving on highways under certain conditions, considerably fewer of their respective models have been purchased.

However, over the past two decades, these corporations have sold millions of automobiles outfitted with individual components of driver-assistance systems.

The components include something called lane keeping, which makes it easier for drivers to stay in their lanes, and adaptive cruise control, which makes it so that a vehicle's speed and brakes are automatically adjusted when the traffic in front of it slows down.

According to the NHTSA report published on Wednesday, Honda vehicles were engaged in 90 accidents. At the same time, Subaru’s were involved in 10 of those accidents. Each company reported five or fewer: Ford, GM, BMW, Volkswagen, Toyota, Hyundai, and Porsche.

The data include vehicles that have systems intended to function with minimal or no input from the driver, as well as separate data on vehicles with systems that can simultaneously steer and control the vehicle's speed. Still, those vehicles require the driver's undivided attention at all times.

According to the findings of the NHTSA, autonomous vehicles, which are still in the process of being developed for the most part but are being tested on public roads, were involved in 130 accidents. There was one person who sustained a major injury, 15 people who sustained minor or moderate injuries and 108 people who did not sustain any injuries. Because automated vehicles mainly were used for driving at moderate speeds and in city driving, most collisions were minor. They consisted of fender benders or bumper taps.

More than a third of the 130 accidents that involved the automatic systems had the automobile coming to a complete stop before being struck by another vehicle.

According to the data, eleven of the accidents included a car equipped with such equipment traveling on the straight path when it collided with another vehicle that was switching lanes.

Most of the events utilizing advanced systems took place in San Francisco or the Bay Area, where businesses, including Waymo, Argo AI, and Cruise, are conducting tests and further developing the technology.

Waymo, owned by the parent company of Google and now operating a fleet of autonomous taxis in Arizona, was involved in 62 separate accidents. G.M.'s Cruise division was involved in the production of 23. Cruise has only recently begun giving driverless taxi trips in San Francisco. Earlier this month, the company got approval from the relevant authorities in California to start charging passengers for its services.

There were no fatal accidents using vehicles equipped with automatic systems, and the sole accident that resulted in a severe injury was the one that occurred.

The order that the NHTSA issued to automakers requiring them to share the data was driven partly by the number of collisions and fatalities over the past six years involving Teslas, whose drivers were using Autopilot. The NHTSA expanded its investigation into whether or not the Autopilot system contains technology and design defects that threaten driver safety last week.

Since 2014, the government has been looking into 35 accidents that took place while the Autopilot feature was on, including nine responsible for 14 fatalities.

In addition, it has initiated a preliminary inquiry into 16 occurrences in which Tesla vehicles operating under Autopilot's direction collided with emergency vehicles that had stopped and were flashing their lights.

After deploying a software update that the company said might cause collisions due to unexpected activation of the emergency braking system in the vehicles, Tesla in November recalled nearly 12,000 vehicles that were part of the beta test of Full Self Driving. Full Self Driving is a version of Autopilot that is designed for use on city streets. In November, Tesla recalled the vehicles.

Within thirty seconds of the hit, companies were obligated by an order issued by the NHTSA to report data on collisions that occurred when advanced driver-assistance systems and automated technologies were in use. It is still difficult to establish if these systems reduce the number of accidents or increase safety in any other way, even though these data provide a more comprehensive picture than ever before of the behavior of these systems.

The FDA has not gathered the data that would make it simple for researchers to decide whether or not using these devices in the same scenarios is safer than turning them off.

It was permissible for automakers to omit details on what occurred during accidents; Tesla, Ford, and other companies routinely used this option, making it more difficult to understand the data. These technologies have been the subject of some independent research, but the results have not yet demonstrated whether or not they reduce the number of accidents or increase safety.