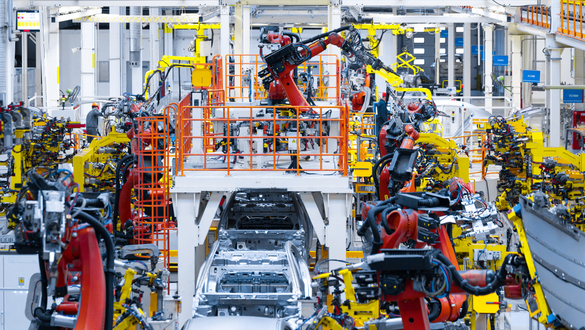 After other car companies have laid off 38,000 employees in the past six months, Ford Motor announced last week it would hand pink slips to 7,000 salaried workers (about 10% of its workforce) by the end of the summer. It’s just the beginning!

After announcing it was laying off 7,000 workers, Ford Motor then went on to unveil a robot for delivering packages a mere two days later. This move comes in partnership with a startup out of Oregon State University called Agility Robotics. The timing of the announcements was enlightening and was likely planned carefully.

Ford has for the past two years, insisted that it is now a mobility company, rather than merely a manufacturer of trucks and cars. Ford plans on being in the future, no matter what it entails, and will be machine-agnostic—cranking out whatever the market demands, be it man-sized box carriers or Mustangs.

Jim Hackett, the CEO of the company, said bureaucracy must be reduced, managers empowered, decision must be made speedily, the most valuable work must be focused on, and costs must be cut. After the downsizing, this summer, the chain of command at Ford will be reduced to a maximum of nine layers from the current 14.

It is hardly possible to overstate the existential crisis facing car manufacturers. Self-driving systems and electric motors are overturning roughly 120 years of institutional knowledge and investments. Even the concept of ownership, arguably Henry Ford’s greatest genius, might be tenuous. A Dramatic reduction in payroll seems like the first logical step in retooling.

There is, however, lots of evidence that layoffs don’t necessarily improve profitability. Those that survive a major layoff event tend to become less productive and are likely to look elsewhere for greener pastures as soon as possible. Customers also tend to defect.

Layoffs can also have a crippling effect on invention and creativity. Teresa Amabile of Harvard did a ground-breaking deep-dive in the late 1990s at a Fortune 500 company that downsized. He noted that creative thinking was either lower, or employees were not sharing the results of their efforts so they could use it after having left the company. Neither of these situations was beneficial for the company’s future.

These factors should keep Hackett awake at night as he figures out whom he wants to ditch. To worsen matters, Ford is looking to the outside for its biggest ideas and is throwing money at Rivian, while they try to build an electric pickup, and Argo AI, a startup into self-driving machines. By discarding its salaried workforce, Ford may well be ridding itself of necessary bureaucracy, but it is a dangerous exercise. The fallout could be a famine of new ideas.

Rivian is in the meantime flush with Ford’s cash, has about 200 vacancies that need filling. Four years after launch, Agility Robotics is also expanding rapidly. Both are employing human workers.