Howard Stern, Takes a Stand for Sanity, while Mocking the Trump Cult’s Insanity 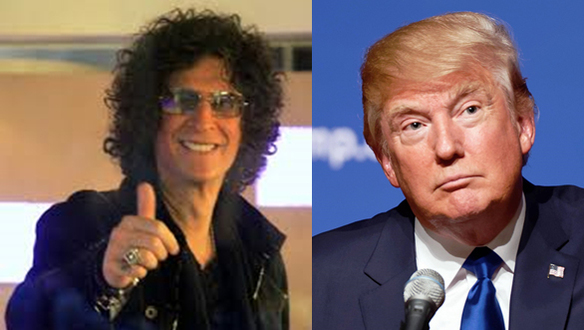 Mr. President and his willfully blind supporters got a big dose of sarcasm and dark humor from the "King of All Media." Howard Stern suggested Trump and His Supporters Should Drink Disinfectants and ‘Drop Dead’ at Their Next Rally.

President Trump assertion that he wasn’t talking to Deborah L. Birx, M.D., and was being sarcastic when he openly pondered and asked one of the officials to his right to look into using heat and light as a cure for coronavirus. The President thinking-out-loud the possibility of injecting disinfectants because they kill the coronavirus on surfaces quickly was classic Trump dementia.

“I would love it if Donald would get on TV and take an injection of Clorox and let’s see if his theory works,” Stern said on his Monday show.

“Yeah… and all take a disinfectant, and all drop dead,”  said Stern, who went on to comment…

Resident Trump began a few new conferences ago to start to hammer down that the original number of projected death in the United States was 2.1 million people. That’s a lie. The first projection of fatalities from COVID-19 in our country was 100,000-240,000. The President is re-writing history to adjust voter perceptions of the possibility that as many as 150,000 may die by Election Day this year.