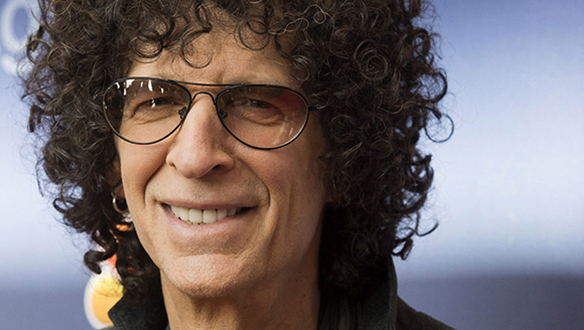 On his Sirius Radio Show Wednesday, Howard Stern, nicknamed the “King of All Media,” lamented over the fact that the former president hasn’t already been held accountable for his attempts to illegally overturn the 2020 Presidential election even though he was recorded trying to convince Georgia election officials to criminally manufacture another 11,000 votes to reverse Biden’s win.

Since the January 6, 2021 insurrection Stern has gone form-critical to becoming outright hostile towards Trump and not only his about his big lie but the many apparent felonies Trump committed while in office, and before his meteoric rise to the presidency in 2016,

Stern brought up the criminality of Trump’s behavior after he conducted a hilarious faux interview of deceased standup Comedian Sam Kinison who died on April 10, 1992, in a tragic automobile accident. The pretend stand-in for Kinison sounded precise, like the comedian claimed to be calling Stern and his sidekick Robin Quivers from “hell.” The interview included a look back on the time and memories of the three entertainers who enjoyed with one another before the comedian’s untimely death.

The Howard Stern Show is known for its comedy and satire of many different subjects, amazing celebrity interviews, and discussions on current events.

Stern’s repeated criticism and frustration in not seeing the former president and others involved in the January 6, 2021 insurrection that was intended to overturn the 2020 election has yet to draw the ire of Donald Trump. Before entering politics, Trump participated in some extremely raunchy Howard Stern shows, which were in retrospect – red flags that his candidacy and presidency would be disastrous.

Stern wondered out loud what Trump wants now, referring to the autocratic presidency of Vladimir Putin as possibly being something he would like to imitate if re-elected in 2024.

Howard Stern: I hate you, my listeners, because you support Donald Trump