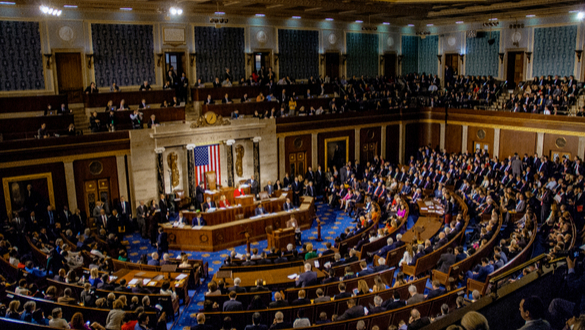 In what amounts to a show vote, the House of Representatives went through the motions of voting to make Special Counsel Robert Mueller's upcoming report on his probe into Russia's role in the 2016 election public to Congress and the public.

Republicans and Democrats in the U.S. House of Representatives voted overwhelmingly to approve a nonbinding resolution today by a 420-0.  This overwhelming margin puts pressure on the new Attorney General William Barr to release Special Counsel Robert Mueller's soon to be released reports on his probe into Russian influence on the 2016 U.S. election and how it may have been illegally influenced by foreign nationals and U.S. companies or individuals.

The Unanimous House vote had just four Republican lawmakers voting "present" is intended to put pressure AG Barr to release Mueller’s report. However, it’s not binding, and William Barr has made it clear he will decide as to what will be released and when.