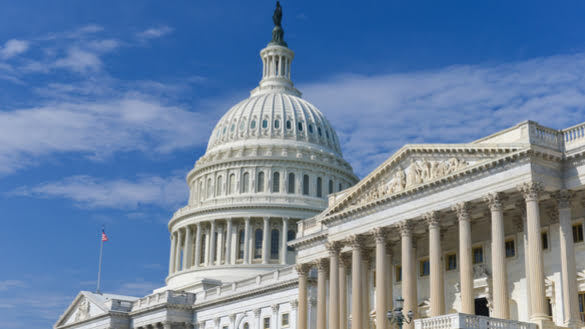 To clarify the writing of the original legislation language, Democratic leaders made a last-minute tweak to their agreement to decrease prescription medicine costs on Thursday night.

Democrat legislators also made a last-minute tweak to the state and local tax deduction ceiling, raising it from $10,000 to $80,000 and ensuring that it remains at that level until 2030.

It was previously proposed that the maximum be set at $72,500 per year until 2031 in a prior version of the bill issued on Wednesday.

On Thursday night, Democrats worked feverishly to overcome a number of other problems, including immigration and worries from centrists about having enough time to analyze the legislation language and independent studies of the bill's budgetary effect before the vote.

Three members of the Congressional Hispanic Caucus met with Pelosi late Thursday night to discuss immigration issues, including granting work permits to some immigrants and protecting them from deportation. Pelosi expressed her support for the proposals.

As of now, it's unclear if the immigration measures will pass the test with the Senate parliamentarian, who decides whether legislation fit with the upper chamber's esoteric budget reconciliation procedures, which allow bills to be passed without being subjected to the filibuster process.

After meeting with Pelosi, Rep. Lou Correa (D-CA) tweeted that they "continue to investigate all alternatives," but that they were not writing new legislation text at this time.

Recently, at least five moderate Democrats have also sought sufficient time to study the huge legislation, as well as a formal CBO examination of the final wording of the law, to avoid a government shutdown.

Rather than being a partisan politician, I'd prefer to be a rational legislator who understands both the complete context of the bill as well as how much it would cost taxpayers."

Pelosi cited an analysis by the Joint Committee on Taxation, which estimated that the revenue measures included in the social spending package would raise $1.5 trillion over a decade, excluding an additional $650 billion in savings from the Internal Revenue Service's tax enforcement and prescription drug pricing provisions.

Aside from immigration, the Senate is expected to make other modifications to the plan before it is passed into law.

Some senators have put out an alternative idea for the state and local tax deduction. In contrast, a crucial moderate, Sen. Joe Manchin (WV) has indicated resistance to including paid family leave in the legislation.