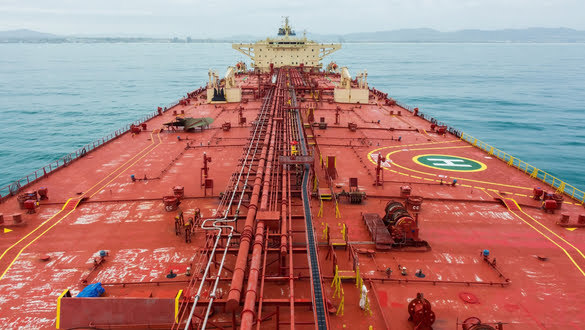 Several officials from Exxon, Shell, BP, and other companies have been called to testify before Congress next month after revealing a secret video earlier this year. An Exxon official boasted about the spread of disinformation.

Exxon Mobil, Chevron, BP, and Royal Dutch Shell executives have been asked to appear before the House Oversight Committee next month, as have officials from the American Petroleum Institute and the United States Chamber of Commerce.

The committee is looking into the role of the oil and gas sector in spreading disinformation regarding the significance of fossil fuels in global warming.

Furthermore, in letters sent to industry executives on Thursday morning, the committee requested proof, including internal documents and conversations on climate policy going back to 2015, related to companies' and organizations' efforts to sabotage climate policy.

"We are extremely concerned that the fossil fuel business has benefited handsomely for decades while contributing to climate change that is hurting American neighborhoods, costing taxpayers billions of dollars, and ruining the natural world," according to the letter to Exxon CEO Darren Woods.

Woods is the chairman and CEO of the business. Furthermore, we are concerned that the sector has reportedly led a coordinated effort to spread disinformation to mislead the public and obstruct vital climate change action to protect its profits.

The letters were sent to the companies and groups on Thursday morning, according to the committee.

Requests for comment from receivers were not immediately answered on Thursday morning.

The inquiry, modeled after the tobacco hearings of the 1990s, which lay the foundation for far tougher nicotine regulations, sets up a showdown between progressive Democrats and a business under examination.

According to a surge of lawsuits filed by cities and states throughout the country, oil and gas companies have been accused of engaging in decades-long, multimillion-dollar attempts to downplay warnings from their experts about the effects of fossil fuel consumption on the climate.

Exxon was initially targeted after a senior lobbyist for the oil giant was caught on a secret video recording made public in July, saying that the energy giant had fought climate science through "shadow groups" and targeted influential senators to undermine President Biden's climate agenda.

One or more senators have claimed that the lobbyist exaggerated their relationship with him or had no communication with him.

Representative Ro Khanna, a Democrat from California who chairs the Subcommittee on the Environment, called the hearings "critical" in light of the oil and gas industry's ongoing assault on Capitol Hill.

Lobbyists for the oil and gas industry have been attempting to influence climate-related provisions in two key pieces of legislation: the $3.5 trillion budget bill and the $1 trillion infrastructure package, which have bipartisan support.

Following years of lobbying by organizations such as the US Chamber of Commerce, the House Ways and Means Committee published a draft tax reform this week that preserves fossil fuel subsidies, rejecting President Biden's request to remove the subsidies, which amount to tens of billions of dollars each year.

Mr. Khanna said that "part of the timing of this is to make that they are aware that they are carefully monitored when it comes to any participation with, or running interference with, the climate agenda of Congress and the Senate."

On September 2, Representative Alexandria Ocasio-Cortez, a Democrat from New York and a member of the House Oversight Committee, tweeted about how West Virginia Senator Joe Manchin "has weekly huddles with Exxon & is one of many senators who gives lobbyists their pen to write so-called 'bipartisan' fossil fuel bills," a reference to the Exxon revelations that have roiled the Democratic Party.

On Sunday's "State of the Union" television broadcast, Sen. Manchin replied, "Absolutely not."

The oversight committee's letters give the executives one week to reply to the committee's request for information on whether or not they intend to appear before it.

According to the committee, depending on the answer from the receivers, it may take further steps, such as issuing subpoenas, to get more information.