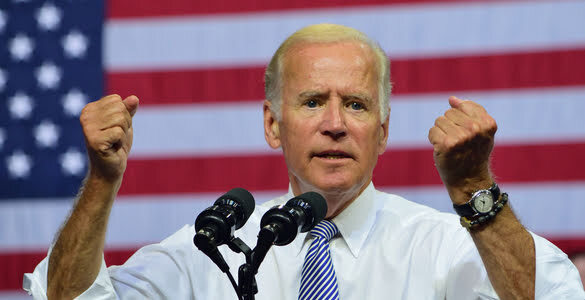 Despite the recent Covid and Afganastan political turmoil surrounding the Biden Administration, Democratic leaders are confident that their two-track infrastructure approach is the most effective means of achieving their goals and putting them back on track.

Biden and his Democratic supporters on Capitol Hill can't afford two significant components of the president's Build Back Better program to stagnate and lose momentum.

Nine Senate Democratic Senate moderates have threatened to derail the $3.5 trillion proposals unless party leaders conduct a vote on the infrastructure legislation approved by the Senate and send it to President Joe Biden's desk first.

Speaker Nancy Pelosi (D-CA) is refusing to budge and is sticking to her strategy, which has the support of President Joe Biden and other prominent progressives, to pass a budget resolution that will pave the way for Democrats to pass the $3.5 trillion package this fall without the support of a single Republican.

While President Biden's administration is struggling to manage a foreign policy crisis in Afghanistan and the growing COVID-19 epidemic, House Democrats are breaking their summer vacation and returning to Washington on Monday to promote his ambitious domestic agenda.

Even some of Pelosi's closest friends are unsure how she would navigate her caucus's 220-member ship through these turbulent seas at this point.

"I have no clue, but she has a knack for doing miracles," remarked the head of a House committee.

As part of Pelosi's strategy, Democrats will vote to pass a combined rule that will advance three-party priorities: the budget resolution, which will serve as a springboard for the Democratic-only package to expand the social safety net; the bipartisan infrastructure measure; and a voting rights bill named for the late Rep. John Lewis (D-GA).

To avoid preventing the passage of the voting law, House Democrats are likely to vote as a bloc during that procedural roll call vote.

Recently, the nine moderates said they wanted a quick vote on the bipartisan infrastructure bill approved by the Senate, rather than possibly waiting months until the party's social welfare package is finished, as Speaker Nancy Pelosi has suggested for some time.

On Friday, they reaffirmed that their stance had not altered in the slightest.

Josh Gottheimer (D-NJ), the bipartisan Problem Solvers Caucus co-chair and leader of the nine moderate Democrats, said that "the House cannot afford to wait months or do anything that puts the historic infrastructure package at danger of failure."

Even though Gottheimer said that he intends to support the budget resolution in the future, he insisted that the House "vote quickly" on the bipartisan measure to "get people to work and shovels in the ground."

House Democrats can only tolerate three defections due to their thin majority in the chamber and still enact legislation on their own without the assistance of the Republican majority.

Senate Moderate Democrats, who are also eager to tout the bipartisan infrastructure bill, were granted cover by voting first on that measure before moving to begin the process of allocating $3.5 trillion in funding for party priorities such as childcare, free community college tuition, paid family leaves, and climate change mitigation.

Centrist Democrats in the House aren't receiving nearly the same protection as their Senate colleagues because Pelosi is caving into progressive demands that the bipartisan infrastructure bill is used as leverage to ensure that their objectives aren't cut down too much in the broader package.

Rep. Jared Golden (D-ME), one of the Democratic Party's most vulnerable moderates going into next year's elections, has asked for the House to vote on the bipartisan infrastructure package and the budget resolution in the same sequence as the Senate, which is scheduled to take place next week.

According to Golden, if the infrastructure bill is not sent to the president's desk quickly, it would put millions of jobs in danger and leave the nation's economy and deteriorating infrastructure at the mercy of political gamesmanship in Washington.

Before voting on the budget resolution on Tuesday, all House members are scheduled to get a closed-door, in-person briefing on the situation in Afghanistan from Secretary of State Antony Blinken, Defense Secretary Lloyd Austin, and other Biden administration officials, according to reports.

The officials will almost certainly be bombarded with questions about how the U.S.-backed government in Kabul fell so swiftly into the hands of the Taliban and what the administration is doing to get Americans and Afghan friends out of the country as soon and securely as possible.

The situation has added a new twist to what has already been a hectic and challenging week.

Democrats, on the other hand, claim that Afghanistan will not affect the intraparty fight over Biden's plan.

"The circumstance in Afghanistan is as distinct from infrastructure as infrastructure is from the reconciliation package. Each should be considered independently, and I encourage my colleagues to do just that." in an interview with The Hill.

"The situation in Afghanistan is as different from infrastructure as infrastructure is from the reconciliation package," said the author of the book. "Each should be evaluated on its own merits, and I strongly urge my colleagues to do so as well."

As well as concerns about Afghanistan, concerns about the COVID-19 pandemic, which had seemed to be subsiding earlier this summer, are again resurfacing among Americans as the highly infectious delta form of the virus spreads throughout the country.

According to a survey conducted by the Associated Press-NORC Center for Public Affairs Research, Americans' fear of COVID-19 has more than quadrupled since June, reaching its highest level since the virus' winter resurgence.

The twin problems have caused Biden's popularity rating to fall below 50% for the first time since he took office, according to an average of surveys compiled by FiveThirtyEight.

Democratic leaders, on the other hand, are confident that their two-track approach is the most effective method to achieve their goals and demonstrate their ability to rule.

As late as Friday, some of Pelosi's most important allies, including the Democratic Women's Caucus, Congressional Hispanic Caucus, and the New Democrat Coalition, launched an all-out offensive, sending messages to the caucus urging support for the budget resolution and rule that would encompass the three bills set to be considered this week.

Bypassing President Biden's Build Back Better agenda in its entirety as soon as possible, we will have an unparalleled chance to address the historical problems that the American people are experiencing with even more historic accomplishments.

In a letter to colleagues, Assistant Speaker Katherine Clark (D-MA) and the Democratic Women's Caucus leaders expressed their support for the Democratic Party…

"We have an unprecedented opportunity to meet the historical challenges facing the American people with even more historical progress by passing President Biden's Build Back Better agenda in its entirety as quickly as possible. That requires us to vote in support of the budget resolution, and we urge you to join us in voting yes when it comes to the floor."

U.S. House is back in session today with Biden's infrastructure plan