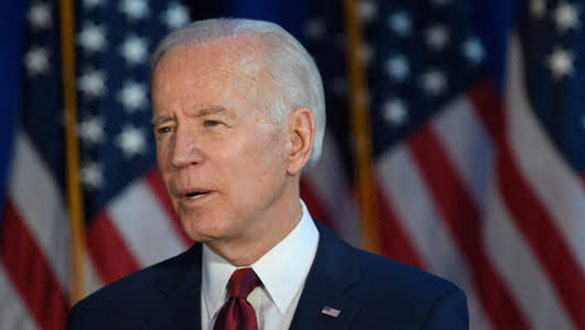 According to reports, House Democrats are planning to propose increasing the corporate tax rate to 26.5 percent, among other proposals that fall short of President Joe Biden's goals for the country and strike a compromise.

To finance Democrats' $3.5 trillion in social spending goals, including increasing the minimum wage, the House Ways and Means Committee unveiled legislation on Monday to raise the corporate tax rate to 26.5 percent.

Individuals and companies with high incomes will face a range of tax hikes due to the new law.

Also included in the bill are increases to the highest capital gains tax rate from 20 to 25 percent, an increase to the top individual tax rate from 37 to 39.6 percent, and the imposition of a 3 percent surtax on individuals earning more than $5 million.

The legislative language is part of a broader package that includes reductions in expenditure and taxes in areas like child care, health care, and alternative energy sources, among other things.

After just a week of deliberation, the Ways and Means Committee began examining its part of the plan, and it is expected to continue its deliberations on Tuesday and Wednesday.

In the words of Ways and Means Committee Chairman Richard Neal, "These ideas enable us to deal with our rapidly changing environment while simultaneously creating new, high-quality employment, all while boosting the economy and reinvigorating local communities" (D-MA).

Continuing the expanded Child Tax Credit and making investments to reduce the cost of prescription medications and health insurance premiums are two ways we want to assist families in making necessary expenditures.

Our programs' financial discipline will allow us to achieve all of this while maintaining budgetary control."

The fact that Democrats have a razor-thin majority in the House means that they have had to strike a compromise between the different interests of their caucus members when putting together the tax package.

Most Democrats favor increasing taxes on the rich and companies. Still, moderate Democrats have expressed reservations about some of President Biden's tax-hike ideas from earlier this year, including those that would target the wealthiest and corporations.

Democrats in both the House and the Senate and the President of the United States must vote in favor of any final legislation.

Senators from the Democratic Party have published their own tax reform legislation, which varies substantially from the tax plans released by the House Ways and Means Committee.

Democrats want to replace the current flat corporation tax rate of 21 percent with a more business-friendly progressive corporate tax system that would be more favorable to small and medium-sized businesses.

Specifically, when it comes to capital gains, House Democrats' proposed rate rise to 25 percent represents a much lower rate increase than President Biden's plan to tax capital gains at the same rates as regular income.

As a result, the Ways and Means Committee plan does not suggest taxing capital gains after death, a concept that has been backed by President Joe Biden and other Democratic legislators but has been opposed by Democrats who represent rural regions in the Senate.

The committee, on the other hand, recommends that the estate tax be changed in some way.

Also included in the package is about $80 billion for the Internal Revenue Service, which would enhance tax enforcement operations and modernize the IRS' information technology infrastructure.