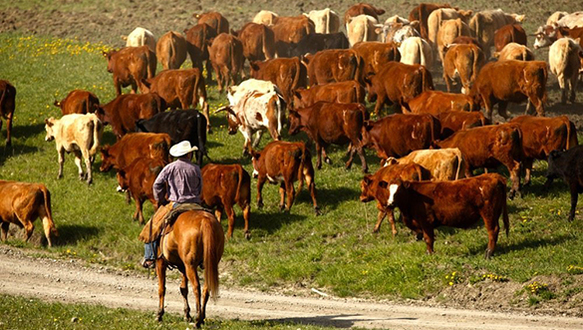 The GOP controlled Senate is reverting back to the Tea Party mantra of not wanting to spend a dime. The post-Trump Republican Party appears to become deficit hawks again, even if it means setting off another U.S. stock market crash and economic meltdown.

Treasury Secretary Steven Mnuchin was quoted this afternoon as saying getting a deal before the November election through Congress would be “difficult.” His remarks came shortly after Speaker Pelosi, and he spoke on the phone earlier today to discuss a new stimulus package. Mnuchin’s comments were decidedly more negative than Pelosi’s spokesperson, who earlier called the phone call between Mnuchin and her boss “productive.” The two have agreed to speak again tomorrow.

Senate Majority Leader Mitch McConnell said today that he intends to have the Senate take up relief legislation after the chamber’s return on Monday, with his narrower proposal set to include funds chiefly targeted to the Paycheck Protection Program. McConnell knows that effort is doomed and the House Speaker has already rejected McConnell’s slimmed-down stimulus proposals and has repeatedly called then inadequate; Pelosi’s objections to the McConnell’s proposal are shared by President Donald Trump, who Tweeted on to “Go big or go home!!!” for more stimulus.

McConnell chooses to ignore President Trump’s appeal and the warnings voiced by Federal Reserve Chairman Jay Powell that it would be better to pass a much larger stimulus package and the risk of overdoing it small.

The lack of progress is being reflected in the major indexes. The Dow Jones at 3:00 pm is down 139 points, The S&P is down 20 points, and the NASDAQ is down 90 points.

“The market is not reflecting what most of the Americans are going through right now,”

Hamman is advising clients to become more cautious in the Nov. 3 presidential election by, in part, raising cash via selling winning stock positions.

“Unless we have a stimulus, it will slow the pace of recovery. We’re getting to the election and we’ll probably have another pullback. What we probably need is for the market’s to have more clarity — and will there be a stimulus package by a Biden administration early on and how hefty will that be.”

Economists are growing increasingly anxious over the standoff between the Senate and House of Representatives as signs that a second wave of coronavirus infections are being seen in more than 20 states. President Trump’s adopting a radiologist’s advice and shunning Dr. Brix, Dr. Fauci, and Dr. Redfield’s recommendations.  It’s leading him to embrace a “herd immunity strategy” that’s been called reckless and insane by a great many physicians and scientists who are warning following that strategy will end up killing hundreds of thousands, perhaps millions of more Americans.

Herd immunity, or community immunity, is when a large part of an area’s population is immune to a specific disease. If enough people are resistant to the cause of a disease, such as a virus or bacteria, it has nowhere to go. Trump’s thought process has changed from his earlier perspective of fighting the infection against herd immunity.

The repercussions of this scenario will have horrendous consequences.  The best estimates put the COVID-19 infection fatality rate at around 0.5-1 percent. If 70 percent of an entire population gets sick, that means that between 0.35-0.7 percent of everyone in a country could die, which is a catastrophic outcome. At 1%, we are walking 3,000,000 deaths. Since Trump believes he is now immune from the deadly infection, he may feel that 3,000,000 deaths are acceptable risks.  With approximately 10 percent of all infections needing to be hospitalized, you’d also see an enormous number of people very sick, which has massive implications for the country.

Herd immunity has also been popular with Dr. Scott Atlas, Trump’s new wonder boy, a radiologist whom Trump saw on Fox News, and who was brought onto the White House team, even though he has “no expertise in public health or infectious disease mitigation,” hasn’t practiced medicine in nearly a decade, and has demonstrated a habit of echoing unscientific claims.

FiveThirtyEight.com has former vice president Biden up by an average of 10.4 points nationally and ahead or statistically tied in every swing state plus solid red states like Texas and Iowa. RealClearPoltics.com has Biden up 9.2 points nationally, and 4.9 points up on average in its defined “key battleground states.”