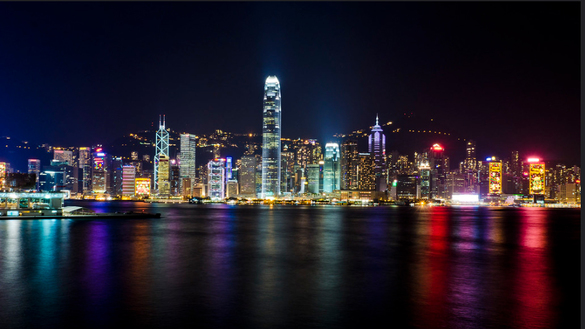 The 50-year agreement that facilitated a peaceful transfer of Hong Kong back from British colonial rule to China’s mainland government is collapsing. Mainland China is no longer adhering to two economic and political systems agreement.

Protests in Hong Kong are starting to ramp up to the mainland government’s decision to break its agreement with Great Britain. The deal in place was supposed to guarantee Hong Kong a great deal of its independence and its democratic and free-market system of government through 2047.

It’s becoming increasingly apparent the mainland Chinese government will send in hundreds of thousands of its soldiers, tens of thousands of armored tanks, armored vehicles to put down the protests. As opposed to last year, China is already being made an international pariah. So it will not hesitate to arrest hundreds of thousands, perhaps over a million of Hong Kong’s citizens, transfer them mainland China, put them on trial, and sentence them to years of hard labor in political re-orientation prison camps. Anyone with an understanding of mainland China has to know what is likely ahead for those in Hong Kong that resist.

U.S. and investors, professional money managers and traders from all over the world were already dealing with the possibility that scores of Chinese companies will be delisted here in the United States thanks to a unanimous voice vote by the U.S. Senate. Now every investor in the world has to prepare for the Chinese military takeover of Hong Kong and the financial tsunami that it will cause in the world’s financial markets.

A Chinese invasion of Hong Kong will lead to a mass exodus of foreign businesses. The invasion is sure to be violent and bloody.

When the invasion finally occurs, expect the world’s major equity markets to nose-dive to the March 23, 2020 lows in a matter of days.

Hong Kong is a multi-trillion dollar a year financial hub for the world. It’s being plummeted into the hands of Chinese military occupation. At the same time, there is a second wave of the coronavirus locks down, affecting 100 million Chinese.  It is the kind of catalyst that can lead to a Chinese military invasion of Taiwan and a Chinese U.S. military conflict in which a million people will lose their lives, and tens of millions lose their democratic freedoms.

Making matters worse is the North Korean dictator’s construction on a long-range missile sit that could allow China’s puppet state to launch a nuclear attack on Quam, targets in Hawaii, or within the United States. Kim Jong Un is an angry puppet of the Chinese communist regime and a willing protagonist of the United States.

Meanwhile, President Trump is playing golf today as over 1.6 million Americans have been infected, and 100,000 will have died by the conclusion of the Memorial Day weekend. As many as 20 states have re-opened.  While there are signs of the pandemic numbers in the United States once again starting to spike higher.

Trump and his deplorable GOP sycophantic lawmakers, administration officials in Washington, have, in effect, already written off the elderly, people with pre-existing conditions, and the tens of thousands of front line workers for the sake of re-opening the U.S. economy.

One of the sickest things taking place, in our opinion, is a vast stock fraud that’s taking place right out in the open. We at Wall Street Rebel believe that Moderna, Inc. (MRNA: NasdaqGS) is heading towards a record new high above $87 a share on the promise that they will have a coronavirus vaccine developed before the end of the year. The hype has allowed the firm’s chief financial officer and chief medical officer to execute options and sell nearly $30 million of shares last week according to SEC filings reviewed by a CNN business program. In our sister publication World Opportunity Investor (which sells 1-year subscriptions for just $72 a year), we are watching Moderna closely.  We expect to make a short recommendation that could generate an enormous profit when this overhyped stock drops, just like we did when Beyond Meat fell from $160 to $100 a share.

We expect Moderna, Inc. (MRNA: NasdaqGS) coming collapse, to rival the memorability of Howard Cosell’s “Down goes Frazier! Down goes Frazier!” call after George Foreman sent Joe Frazier to the mat in a 1973 fight for the World Heavyweight Championship in Jamaica. We’re hoping to see MRNA to be hyped back over $87 a share and then expect it to fall back to less than 20 a share in the next few months. Subscribe to World Opportunity Investor and do not risk missing the enormous profit that will be generated by what we believe will be a colossal collapse in this stock price.

You’ll need our recommendation on this new short because it doesn’t involve you to buy PUT options. The options premium on the short side is so inflated. It appears the market insiders see the price rise as a huge black hole that will collapse. There’s a smarter way to play this short. Subscribe to World Opportunity Investor TODAY!