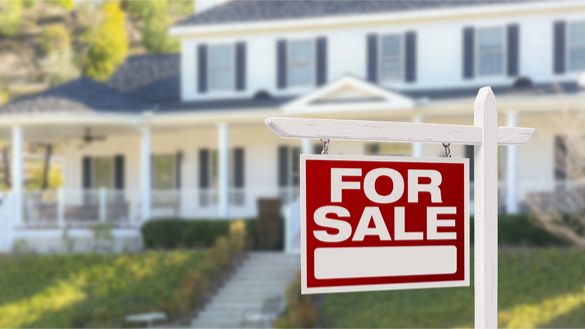 Home Purchases fell in three of four regions in the United States, led by a 5.4 percent slump in the South. Sales of single-family homes and condominium and co-op units both dropped 3.4 percent from August to September. The decline in home sales cut across price ranges with lower end homes under $100,000, slumping 18.3 percent, while homes over $1 million cooled by 1.6 percent, the most in two years.

The National Association of Realtors (NAR) released data this morning showing that existing U.S. homes sales fell in September to its slowest pace of growth in almost three years, a clear sign that rising prices and costs of mortgaged are discouraging potential home buyers.

This isn’t the first indication of a slowdown in the U.S. Housing Market; it’s the sixth-straight monthly drop in home sales and the longest streak of sliding housing sales since 2014. Observers blame the nearly 1% this year as compared to an overall decline in mortgage interest in 2017 based on Bankrate.com data. 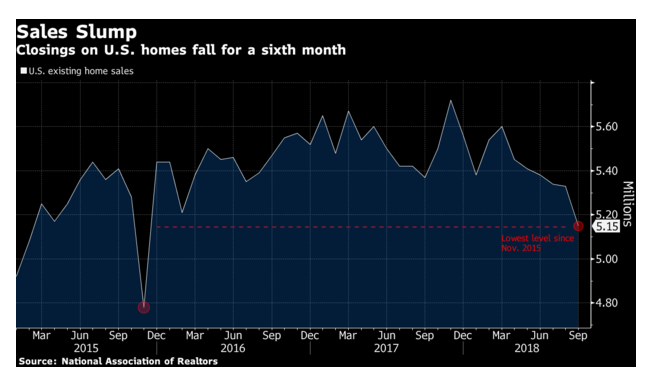 “There is without a doubt a clear shift in the market as evidenced by lower sales and higher inventory,”

“Tax cuts and a tight jobs market…are keeping people steadily employed and helping lift wages but these positive effects are being canceled out by the rising burden of mortgage rates”.

The cooling in the housing market shows that Americans digesting the higher costs of mortgages, pointing to the decline in home closings is the biggest since early 2016.

Hurricanes may have impacted sales data by curbing home-buying plans and transactions, though the latest storms impacted a small share of deals, NAR said. Florence’s mid-September Florida landfall came about a year after Irma battered the state.

The NAR data is in line with government numbers which showed Wednesday that showed new-home construction fell in September and the future building also showed signs of slowing with multifamily permits dropping by the most in two years.