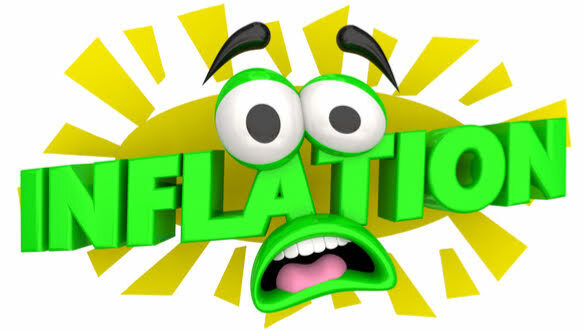 Increased costs for food, gas and housing combined with rising prices for other goods and services resulted in the highest inflation rate in the United States since 1990 October, according to government figures.

When compared to a year earlier, prices for American consumers increased by 6.2 percent in October, as rising expenses for food, petrol, and housing left Americans coping with the highest inflation rate since 1990.

According to the Labor Department, the year-over-year increase in the consumer price index surpassed the 5.4 percent increase recorded in September, which was announced on Wednesday. Prices increased by 0.9 percent from September to October, the most month-over-month rise seen since June of this year.

Inflation is eroding the substantial increases in wages and salaries that have accrued to American workers in recent months, causing political headaches for the Biden administration and Democratic members of Congress while increasing pressure on the Federal Reserve, which is weighing how quickly to withdraw its stimulus measures.

Continuing supply constraints due to strong consumer demand, along with COVID-related plant closures after the end of the pandemic slump, are driving the price increases upward. Ports all across the globe have become clogged with traffic. Because of labor shortages, firms in the United States have also been giving large pay raises, and many of them have boosted prices to offset their higher labor expenses, which has contributed to inflation.

A wide variety of consumer items, from food to heating oil to patio furniture to paints to chemicals to window blinds, have seen their costs rise as a consequence of the increase in supply. The effects of rising inflation have spread beyond the goods produced by pandemic-affected industries, and are now affecting the many services that Americans purchase, including restaurant meals, rental apartments, and medical services, all of which saw increases of 0.5 percent or more during the month of October.

Job creation and salary hikes have been far more robust during the epidemic recovery than they were after the Great Recession, which occurred nearly a decade ago. However, studies have revealed that growing prices are reducing Americans' confidence in the economy, in contrast to the years after the slump, when inflation was low.

Gasoline, natural gas, and heating oil prices all rose by 4.8 percent from September to October, with the same reasons that many other commodities have become more costly driving the increase: a tightening supply and rising demand. Demand has increased dramatically as a result of increased driving and flying by Americans, but supply has not kept pace.

During the last year, energy expenses have increased by a stunning 30 percent, with gasoline prices rising by almost 50 percent. Natural gas costs are also on the rise, as is the price of heating oil. According to the Energy Information Administration, these price hikes will have a significant impact this winter, with Americans estimated to spend 30% more on natural gas and 43% more on heating oil.

Economists still anticipate inflation to moderate after supply bottlenecks have been resolved and Americans have returned to more pre-pandemic levels of spending. Consumers should spend more on travel, entertainment, and other services as COVID-19 goes away, and less on products such as automobiles, furniture, and appliances, which would relieve strain on supply chains and lower demand for items.

No one, however, knows how long this process will take. Higher inflation has sustained for a far longer period of time than most economists anticipated. As a result, inflation is affecting commodities other than those that are directly impacted by the epidemic, such as appliances and new and used automobiles.

Goldman Sachs analysts said in a research note published on Sunday that "the inflation overshoot will almost certainly grow worse before it gets better."

For months, Federal Reserve Chair Jerome Powell labeled inflation as "transitory," short-term phenomena connected to labor and supply constraints caused by the rapid pace with which the economy recovered from the global financial crisis. Powell, on the other hand, indicated this week that higher prices might last long into next summer.

The chairman of the Federal Reserve indicated that the central bank would begin to scale down the monthly asset purchases that were initiated last year as an emergency measure to stimulate the economy. As a result, investors now anticipate the Federal Reserve to increase its benchmark interest rate twice next year from its record-low level near zero – a significantly earlier date than they had projected just a few months ago.

The expense of rising wages is being passed on to customers by many major corporations, and in some instances, consumers are choosing to pay more rather than cut down.

According to the government, fast food costs increased by 7.1 percent in October compared to the same month the previous year. As a result of greater expenses for beef and other consumables, as well as fast-growing labor costs, this was the highest such rise on record.

"We are in a mass-oriented company where the typical customer does not have an infinite discretionary budget," said Michael Fleisher, Wayfair's chief financial officer. "The average customer does not have an unlimited discretionary budget," he said. As a result, inflation is prevalent throughout the economy, and there are several competing demands for their time and money.