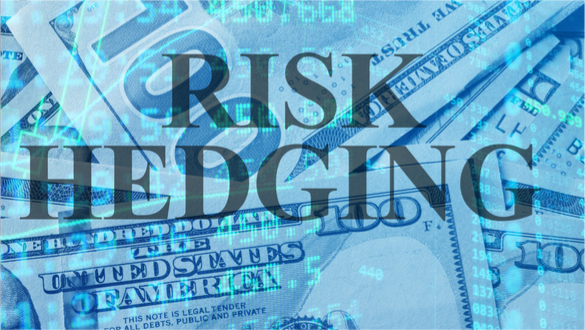 Most markets analysts and hedge fund managers hold the opinion that a successful negotiation to end President Trump’s trade war could be a catalyst for a big rally on Wall Street and world’s equity markets. Not Shawn Matthews, the chief executive officer Hondius Capital Management.

Most of Wall Street’s analysts and hedge fund managers believe that an end to the United States-China trade war would be a catalyst for a new leg up in the United States and Chinese stock market and perhaps most of the equity markets around the world. Not Shawn Matthews, the chief executive officer Hondius Capital Management. He sees a successful negotiation as a sell signal.

Shawn Matthews, a Wall Street veteran who headed Cantor Fitzgerald LP’s broker-dealer unit from 2009 until last year, now runs Hondius Capital Management LP’s.  Matthews believes that the rally in anticipation of a getting a deal in place by March 1, 2019, President Trump’s deal deadline will put an end to the rally and risk assets that have been in place since late December.  The anticipation of an agreement has led to one of the best January’s for stocks in a decade. In an interview with Bloomberg Mathews was quoted as saying…

“Right now, it’s a risk-on mentality -- you want to be long riskier assets until you get a deal with China,”...“When that happens, you certainly want to be looking to scale back.”

Matthews’ says the 13 percent surge in global stocks since Christmas already reflected the likelihood of a United States-China deal, so it amounts to a classic case of “buy the rumor, sell the fact” and as soon as the deal is announced the gains seen in January are likely to disappear. Mathews is pointing to the lack of follow through in the bond market…

“If it was truly a risk-on world and people believed it, and it was an extended trade, then you would see the 10-year start to back up (rates in the bond market). That’s a clear sign there’s some concern about what’s going on out there.”

“You want to fade the rally into the deal -- and that deal is probably going to be a watered down deal anyway.”

Mathew’s advice contradicts the popular view of most of Wall Street that believes an end to the trade war between the United States and China would instead fuel a rebound to previous highs in U.S. equities. Especially with the Federal Reserve holding interest rates at current levels in response to slowing growth in the United States and World economy. Still, he’s an experienced player and his warning about a resulting stock correction should be considered by investors and professional traders alike.