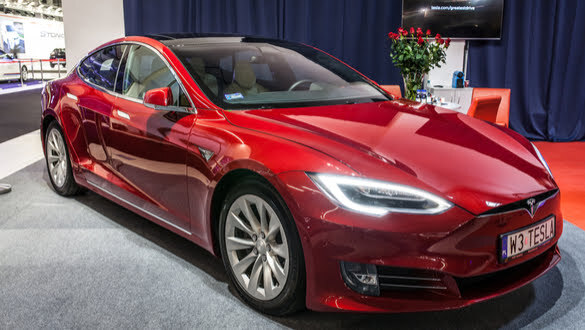 According to a plan adopted by the House Ways and Means Committee, the overwhelming majority of electric cars would be qualified for a $7,500 tax credit.

A heated lobbying fight on Capitol Hill has erupted due to Democrats' efforts to encourage the adoption of electric vehicles (EVs). Carmakers are competing for influence over legislation that will define the industry's future.

President Biden's green-energy proposal, which would spend billions of taxpayer money on building charging stations throughout the country and increase incentives to make purchasing an electric vehicle more affordable, has received widespread support from the auto industry.

However, a major tax credit component of the plan has caused a rift between the two parties.

According to the proposal approved by the House Ways and Means Committee last month, the vast majority of electric vehicles would be eligible for a $7,500 tax credit.

On the other hand, union-built electric vehicles manufactured in the United States would get an extra $4,500 in credits.

Only Ford, General Motors, and Stellantis, the parent company of Chrysler, would profit from the additional incentive since union employees build the vast majority of their electric vehicles in U.S. factories.

Other manufacturers, including Tesla, the nation's leading electric car producer, would be at a competitive disadvantage of $4,500 per vehicle under the plan.

Automobile manufacturers that do not have unionized workforces, such as Honda and Toyota, have expressed anger over the provision. Honda and Toyota have criticized the legislation wording as "blatantly prejudiced" and "discriminatory."

According to Honda, "If Congress is serious about solving the climate problem and achieving its objective of seeing these cars produced in America, it should treat all EVs created by U.S. auto workers fairly and equitably."

Elon Musk, the CEO of Tesla, who has been a vocal opponent of unionization attempts, has also attacked the legislation, stating at a recent conference in Beverly Hills, CA, that the Biden administration is "dominated by labor."

Over the last month, executives from the car industry and trade associations have launched an all-out campaign to influence the final electric vehicle legislation that will be included in Democrats' multitrillion-dollar reconciliation plan.

Autos Drive America, a trade association that represents most major foreign-owned manufacturers, including Honda, Toyota, and Volkswagen, is airing television ads in Washington pushing legislators to vote against the pro-union legislation.

According to the group's most recent advertisement, "Carmakers are rushing to get more electric vehicles on the road, but Congress's sweetheart deal for labor would take most of today's EVs off the table for many American families."

The United Auto Workers (UAW), headquartered in Detroit, is pushing to keep the union clause in the bill, which was sponsored by Michigan legislators in both the House and Senate.

In a statement issued last week, UAW President Ray Curry said that the legislation "would guarantee that subsidies for electric cars are directed to excellent union jobs here in the United States."

"We need that the jobs of the future be as excellent as or better than the ones that they will replace," he said emphatically.

According to OpenSecrets, the majority of automakers have raised their federal lobbying expenditures this year.

General Motors spent about $5.6 million to employ 82 lobbyists during the first half of 2021, an increase of 13 percent over the previous year.

Toyota, which opponents claim has deliberately campaigned to delay the country's shift to electric vehicles, spent almost $3.4 million, a 15 percent increase over the previous year.

According to the $1.2 trillion bipartisan infrastructure plan that the Senate approved in August, $7.5 billion would be allocated to construct electric vehicle charging stations throughout the country, providing a significant boost to most carmakers who have not yet invested themselves.

They argue that consumers are less likely to convert to electric vehicles (EVs), which account for just 2% of total vehicle sales in the United States.

While the car industry is split into certain topics, it is unified in its support for Democrats' plan to repeal an existing provision that phases out tax incentives after a manufacturer sells 200,000 electric vehicles (EVs).

The auto industry is also urging Democrats to scrap a planned restriction on electric vehicle tax credits for consumers with incomes of $400,000 or more, as well as a proposal that would restrict the EV tax credit to vehicles costing $55,000 or less.