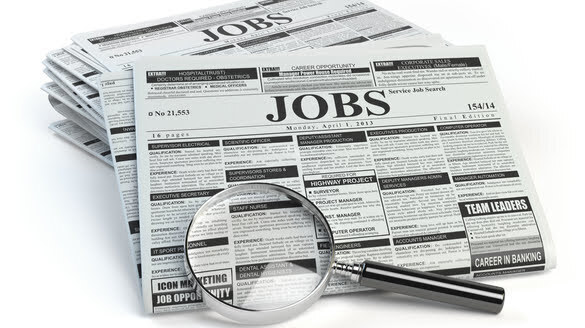 During the next few months, it's possible that hiring will slow down. One of the Fed's goals is to see a slowing of job growth, at the very least on a modest scale, as it continues its complex attempts to chill the economy and bring excessive inflation under control.

The United States economy added 372,000 jobs in June, a more considerable boost to the labor market than anticipated. While this may calm concerns of an imminent recession, it also makes the task of the Federal Reserve more difficult as it works to curb inflation.

According to data released by the Labor Department on Friday, the unemployment rate remained unchanged at 3.6 percent from one month earlier.

The American Rescue Plan, which President Joe Biden signed into law early in his administration and which Republicans have condemned as a factor for the high inflation in the United States, is what the president ascribed the positive jobs report to.

"This has been the fastest and strongest jobs recovery in American history," President Biden said, and "it would not have been possible without the decisive action my Administration took last year to fix a broken COVID response and pass the American Rescue Plan to get our economy back on track."

In recent months, employers have continued to battle with one another for workers, even though first unemployment claims have only slightly increased since reaching a low point in March.

However, due to skyrocketing costs, there is no assurance that the rapid rise will continue permanently. This is because consumer spending is being negatively impacted.

The labor force is still being held back by factors such as demographics that reflect an aging population, low immigration rates, and impediments to employment that prevent many people from entering the workforce.

This backlog is reflected in the 11.3 million jobs that employers have available in May. This number is still extremely close to recording highs. It indicates that approximately two jobs are available for every person seeking work.

According to this equation, people who lose their jobs because specific industries are experiencing hardship will likely find new positions soon – at least temporarily.

However, a number of headwinds are imposing a time limit on that seller's market for labor. That market will soon be the buyer's market.

According to many companies' executives, despite domestic demand being robust and some problems with the supply chain having been resolved, order backlogs are no longer expanding, and savings accounts are decreasing. Instead of hiring new workers, many businesses opt to automate more of their processes wherever possible. At the moment, there are around two job vacancies posted for every worker who is currently unemployed.

Although it has increased recently, the number of persons applying for unemployment benefits, which is a proxy for layoffs and an early indicator of a downturn, is still much below historical averages. However, there has been some recent growth in this number.

At the same time, the rate of economic growth has been negative for the past two consecutive quarters, consumers are cutting back on their spending as a result of inflation being at a four-decade high, and home sales have decreased as a result of the Federal Reserve increasing the cost of borrowing money.

It's possible that hiring may slow down during the next few months. As the Federal Reserve continues to make complex attempts to chill the economy and bring excessive inflation under control, one of its goals is to see a slowing of job growth, at the very least on a modest scale.

The administration of President Joe Biden has also made efforts to depict any reduction in hiring as part of a desirable transition to a more sustainable economy that will contribute to the decrease in inflation.

However, the transition to a more sustainable pace of growth and hiring is likely to be fraught with difficulties.

If, for example, the Federal Reserve's rate cuts reduce growth by an excessive amount, as many analysts predict they will, the economy may enter a recession by the beginning of the following year.

Already, there are indications that things are going to slow down.

When adjusted for inflation, consumer expenditure experienced its first monthly decline since December. This decline occurred in May.

Compared to last year, the number of sales of existing residences is down over 9 percent.

In addition, some businesses have announced that they will be cutting jobs or have stopped taking new applications.

Several prominent retailers, like Walmart and Amazon, have admitted that they over-hired employees during the pandemic. Walmart, on the other hand, has reduced its employment through attrition.

Fed Chair Jerome Powell has expressed optimism that the economy will continue to grow even though the central bank has raised interest rates rapidly since the late 1980s to combat inflation.

But Powell has also admitted that it will be difficult to prevent a recession because of factors originating from other countries, such as Russia's invasion of Ukraine, which has contributed to an increase in the price of gas and food. There are early signs that some firms have begun to reduce the number of workers they employ, which may result from a decrease in demand or rising interest rates that prevent them from obtaining sufficient cash.

In contrast to the forecasted increase of 0.3 percent, the average hourly wage ended the month with a gain of 0.4 percent.

The annual growth in wages came in at 5.1 percent, which was higher than the projections of 5.0 percent but lower than the 5.2 percent seen in May.

In June, payrolls increased by 381,000 in the private sector, while government jobs decreased by 9,000.

The financial market participants on Wall Street had anticipated that the employment report for June would show a rise of 270,000 jobs, including 228,000 in the private sector.

The unemployment rate was anticipated to remain at 3.6 percent for the fourth month.

The number of jobs added in April and May was reduced by 74,000 after being reviewed.

Even though pay gains are currently at historically high levels, they are not even close to keeping up with inflation.

Even more, people left the labor force, which is defined as persons who are either working or actively looking for work; this number decreased by 353,000.

The proportion of people of working age (those aged 16 and over) actively engaging in the labor force has decreased to 62.7 percent.

The results of the monthly poll of households indicate that 5.9 million people in the United States are currently without jobs.

In comparison, there were 5.8 million people without jobs in February 2020.

It's possible that hiring may slow down during the next few months.

As the Federal Reserve continues to make hard attempts to chill the economy and bring excessive inflation under control, one of its goals is to see a slowing of job growth, at the very least on a modest scale.