Has Russian Mob Money bought most GOP Leaders in Washington? 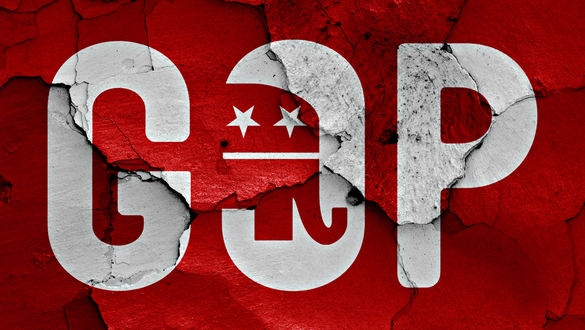 This should be no surprise, given President Trump has belonged to the Russian Mob since the 1980s! Where is our GOP leadership? Why are they not protecting our Constitution? Why are they not performing their responsibilities to the American public? Why?

The details of Donald Trump's Russian mob and money connections were exposed by biographer Craig Unger, the author of House of Trump, House of Putin: The Untold Story of Donald Trump and the Russian Mafia. In his book, Unger details how Donald J. Trump, his family, and businesses have been compromised “for decades” by worldwide criminal organizations controlled in Russia and that is now literally an appendage of Vladimir Putin's Russian government. That's how Kleptocracy works!

“Trump was first compromised by the Russians in the Eighties back in the days of the Soviet Union and the Cold War. In 1984, my book shows, the Russian Mafia first began to use Trump real estate to launder money, and it continued for decades and may have accounted for billions of dollars flowing to Trump.”

“In 1998, Trump took out full-page ads in the New York Times and the Washington Post after his first trip to Russia that touted “a foreign policy that was very anti-NATO.”

Unger went on his Reddit posting to point out how Trump hasn’t been the only one compromised by Russia’s criminal organizations, Putin’s tentacles …

“In the ’90s, Russians began sending money to Rep. Tom DeLay (R-TX), a longtime congressman who later became House Majority Leader. He also suggested that the mafia was sending money to other Republicans as well.”

“I believe most of the GOP leadership has been compromised by” Russian money, the author added. “The Republican Senatorial Campaign Committee run by Mitch McConnell got millions from [Soviet-born businessman] Leonard Blavatnik.”

“As for the endgame, I think it is already [beginning] to unravel.”