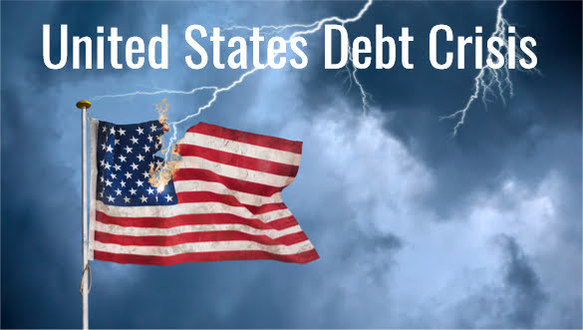 Former U.S. Treasury Secretary Lawrence Summers and fellow Harvard University economist David Cutler published an essay last week that says the Covid-19 pandemic will cost our country $16 trillion even if it goes away in 2021. That amounts to four times the Great Recession cost -- adding the costs of lost lives and health to the direct economic impact.

Lawrence Summers and fellow Harvard University economist David Cutler published an essay Monday in the Journal of the American Medical Association that says that even if the pandemic disappears in 2021, it will wind up costing the United States $16 Trillion.  Approximately half of that amount is tied to lost gross domestic product caused by the massive economic shutdowns we’ve already suffered. The other half of the $16 Trillion costs, according to Summers and Cutler, will come from health losses, including premature death, mental and long-term health impairments…

The $16 trillion amount is shocking when you consider that it equals approximately 90% of annual U.S. GDP; and amounts to more than twice as much the U.S. has spent on the Afghanistan, Iraq and Syria wars since September 11, 2001.

While the Trump administration refuses to agree with Democrats to fund comprehensive nationwide testing of the U.S. population even though Summers, Cutler and other economists agree testing, contact tracing and isolation can reduce the spread of infection and prevent a great deal of the financial losses the country and our population. Spending on testing and tracing strategies amount to a whopping 30 times less expensive than the projected economic cost without those policies.

Summers, a paid contributor to Bloomberg Television, insisted on an interview with the financial news network that testing and tracing should be permanent investments by the U.S. government, and shouldn’t be dismantled when the pandemic recedes. The potential for more and even deadlier viruses of becoming a threat to the world’s human population from wet markets in Asia and food produced by large industrial farms makes it imperative that our government take significant steps to be prepared for another worldwide pandemic.