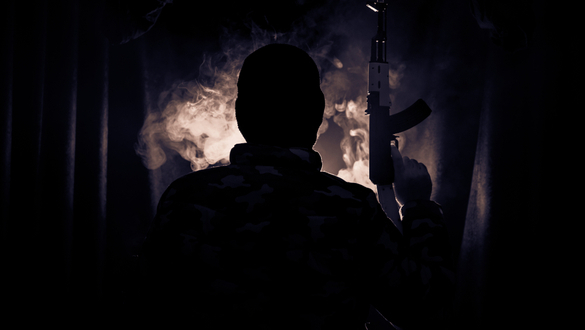 With an equally divided Senate, President Biden urges Congress to address gun control bills passed in the House.  Progressive gun legislation has failed in the past and in the aftermath of recent and past mass shootings legislation still looks doubtful.

After two deadly shootings in under a week in Atlanta, and Boulder, Colorado, rattled the country, President Joe Biden is facing concerns over what actions he will support to improve gun safety.

On March 16, a shooter in Georgia murdered eight civilians, six of whom were Asian American women, and saw an increase in racial violence toward Asian Americans. Then on Monday, a man in Boulder killed 10 people, including one police officer, when he opened fire at a convenience store.

Police arrested a man on Wednesday after he walked into an Atlanta supermarket with five weapons, just days after a Colorado supermarket shooting ten people.

Rico Marley, 22, was arrested and charged with dangerous behavior. According to police, under "the male's hands" were five weapons (two long guns and three pistols) and body armor.

The House approved a pair of bills on Thursday to expand and strengthen background checks for gun buyers, as Democrats pushed past Republican opposition to advance significant gun safety measures after decades of congressional inaction.

In two votes that fell largely along party lines, the House passed legislation that would require background checks for all gun buyers and extend the time the F.B.I. has to vet those flagged by the national instant check system.

Despite being widely popular with voters, the measures face what is expected to be insurmountable opposition in the Senate, where Republicans have resisted imposing any limits on guns, including stricter background check requirements.

The House voted 227 to 203 to approve the expansion of background checks and 219 to 210 to give federal law enforcement more time to vet gun buyers.

The president said he needs the Senate to enact two measures, recently passed by the House, that would impact background check laws in the world.

The first, the Bipartisan Background Checks Act, will broaden background checks for weapons purchases, eliminating a trade show and internet sales loophole. It passed the House with the help of eight Republicans, while one Democrat voted against it.

The second item of law, the Enhanced Background Checks Act of 2021, will eliminate another loophole called the "Charleston loophole," which permits weapons purchases to resume without a completed background check after three business days have expired by expanding the background check screening time from three days to 10. The backdoor is named because it is due to the 2015 shooting in Charleston through which a white nationalist was able to purchase weapons that murdered Black churchgoers.

"These are measures that won votes from both Republicans and Democrats in the House. This is not and should not be a political problem. This is an American problem that can save a life, American lives. And we have to act," Biden said.

The bills are expected to face a steep uphill climb in the Senate as Democrats hold a slim 50-50 majority and need significant Republican support to overcome a legislative filibuster. Still, the legislation remains a priority for the Biden administration.

But Senate Majority Leader Chuck Schumer committed to putting the Bipartisan Background Checks Act on the Senate floor for a vote and suggested having discussions after working with Republicans.

"We'll have the good sense to have had this bill twice and in the past, when they send it over to us last time, it went into Mitch McConnell's legislative graveyard. The legislative graveyard is over. H.R. 8 will be on the floor of the Senate and we will see where everybody stands," Schumer said. "No more thoughts and prayers. A vote is what we need. A vote."

When asked what will need to happen for Senate Democrats to get to 60 votes on the legislation, Democratic Sen. Richard Blumenthal of Connecticut said there have been "ongoing conversations" to get Republicans to sign on.

"There have been ongoing conversations off and on all the way through. And, you know, I think Sen. Schumer was clear that the initial vote would be on H.R. 8, and then we would talk about what might be advisable and necessary to pass it," he told reporters.

And Sen. Chris Murphy, also a Connecticut Democrat, expressed hope some sort of gun control legislation could pass in the Senate.  "I just think we're living in such a different world than 2013. So much has changed. The politics around us are fundamentally different....I just think that you can't compare 2013 to 2021. I think there are a lot of Republican senators that are thinking about voting for a proposal that allows them to get right on this issue," Murphy said, who represents Connecticut where the Sandy Hook shooting took place.

He added: "And we will see where people stand. And maybe we'll get the votes and if we don't, we'll come together and figure out how we're going to get this done because we have to get it done."

The White House has also said gun control legislation is a "priority" for President Joe Biden.

"I will say that the President is somebody, throughout his career, who has advocated for a smart gun -- smart gun safety measures," press secretary Jen Psaki said during a White House briefing last month, adding that the President is "not afraid of standing up to the N.R.A. -- he's done it multiple times and won -- on background checks and a range of issues. And it is a priority to him on a personal level."

Senators Divided on Gun-Control Legislation in the Wake of Boulder, CO Shooting