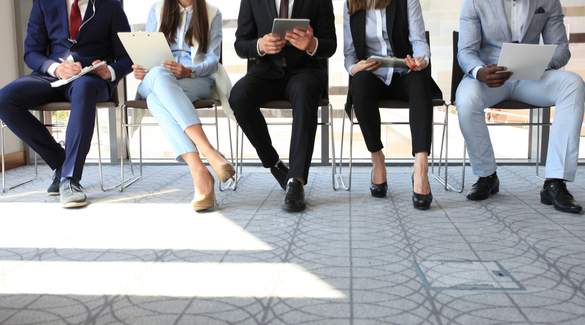 Great Expectations- Consumer demand is projected to have fueled another robust month of employment in the United States for March.

The employment report for March in the United States, released on Friday, is likely to show another robust month of employment increases, bolstered by consumer demand and a significant decline in coronavirus infections.

According to Bloomberg, according to experts polled by Bloomberg, the data will reveal that 450,000 workers were added to payrolls in March, which is in line with the average rise over the previous six months. According to forecasts, unemployment will fall to 3.7 percent from 3.8 percent.

While company expansion, wage growth, and strong consumer spending indicate a healthy economic rebound from the epidemic, price hikes throw a gloomy shadow on the economy's future. As a result of international events such as Russia's invasion of Ukraine, which is driving up commodities costs, and Covid-19 breakouts at supply hubs in Asia, inflation has reached levels not seen in decades.

Robert Frick, an economist with Navy Federal Credit Union, predicted a good employment report as the economy recovered from the effects of the Omicron wave. According to the forecasters in addition to leisure and hospitality, government and education are two other areas that are still far from reaching pre-epidemic levels.

Much of the hiring for services may be part of an attempt by businesses to capture pent-up demand as a result of the decline in coronavirus infections, which may inspire a return to tourism and in-person entertainment.

According to some metrics, the labor market is as robust as it has been since the late 1960s, providing many employees more bargaining power over their wages and working conditions. On the other hand, the Federal Reserve is concerned that wage increases may cause inflation as firms pass on higher expenses to consumers.

Consequently, analysts will be paying close attention to the report's conclusions about average hourly wages. Profits were unchanged in February following a string of rises in previous months.

As Mr. Frick pointed out, "fortunately, most of the hiring will be for lower-wage service employees." "Unfortunately, those employees are the ones that suffer the most from excessive inflation, particularly when it comes to basic essentials like petrol and food."