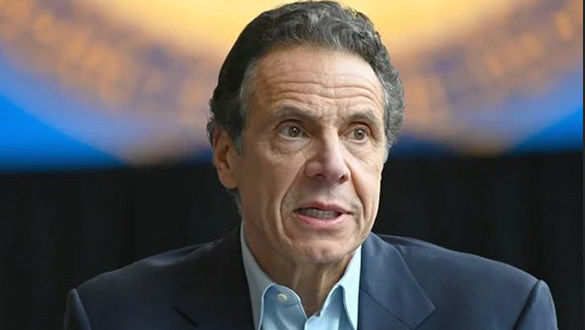 There cannot be one standard for Republicans and another standard for Democrats. The blistering report by the New York Attorney General's office that outlines the sexual harassment of 11 women leaves the governor no other reasonable choice but Cuomo's resignation.

The accusations made by the 11 women and the numerous eyewitnesses that corroborate sexual harassment and a hostile work environment cited in the New York Attorney General's investigative report; demand the governor's immediate resignation.

It doesn't matter that disgraced former president Donald J.Trump had been accused of much worse, including rape. This type of toxic work environment required for administration members is unacceptable, and they should never be subject to the personal indignity to keep their jobs. Trump's facing no consequences for his bad behavior, and even criminal behavior is no justification for anyone else's bad, inappropriate or unlawful behavior.

The Democratic Party in its entirety cannot and must NEVER tolerate the kind of behavior outlined by the report by the NY Attorney General. It does, however, require Andrew Cuomo to seek out professional therapy. He must confront the difference between genuine campaign affection depicted in the pictures he used to defend himself in the video. There's a huge difference between being a politician who hugs and kisses his supporters and friend and someone who commits sexual harassment. Cuomo clearly needs professional therapy and help and should immediately seek it out.

Yes, the governor's office is a demanding workplace, as he explained in his video, but creating and maintaining a hostile work environment unacceptable and must be part of the professional therapy he seeks out.

All of this breaks the heart of those who genuinely admired him and voted for him. It's especially heartbreaking for those who admired his father, Mario Cuomo, who would join President Biden to demand the governor's immediate resignation if he were alive today.

Biden On Cuomo Sexual Harassment Report: 'I think he should resign.'