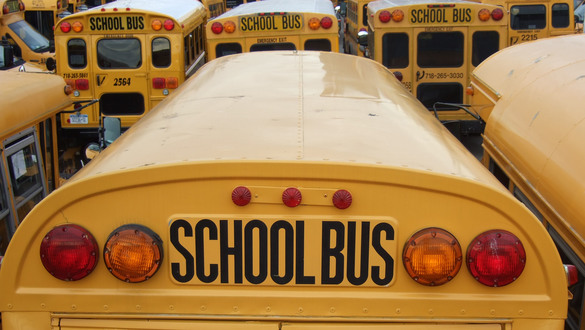 The Governor of New York, Andrew Cuomo, has temporarily ordered the closing of all New York Public Schools. He is starting tomorrow due to the rapidly growing spread of coronavirus cases that is now approaching 12 million cases nationwide and has topped 255,000 deaths.

Governor Cuomo announced that all New York City Public Schools will temporarily close to in-person instruction beginning tomorrow due to rapidly increasing infections, rising infection rate and fears that the state's hospital system could be overwhelmed.

In a written statement echoing the Governor’s decision, it was announced that…

“Buildings are CLOSED for in-person learning until further notice. All students who were learning in school buildings part of the week will transition to remote learning every day,”

Mayor Bill de Blasio had warned in the past that school closers would be triggered once the positivity rate over a seven-day rolling average reached the threshold of three percent. The rate of infection in New York City passed that mark on Wednesday according to a tweet by the mayor. The mayor’s daily, morning briefing which typically includes an update on COVID statistics had been delayed for more than 3 hours as the Governor and Mayor discussed the dreaded decision..

Earlier in the day, Gov. Andrew Cuomo warned New York City was on the verge of entering the ‘orange zone’ of COVID restriction as the western part of the state was seeing “astronomical” increases.

Speaking from Albany, Governor Cuomo said that the orange color designation would lead to restrictions on houses of worship, mass gatherings, restaurants, and schools.

A portion of Queens which has been in the yellow zone was now expanded to include Astoria, and other parts of New York City are approaching the dreaded orange designation of a 3% positivity rate.

“Any school district in a microcluster, the schools can remain open in an orange zone but they have to do additional testing.”

If New York City as a whole were to enter the ‘orange zone’ and wanted to reopen, the state would need to create a new formula for testing due to the volume of students and staff, according to Cuomo. Given the rapid widespread of the coronavirus, it’s safe to assume the needing planning Cuomo promised is beginning.