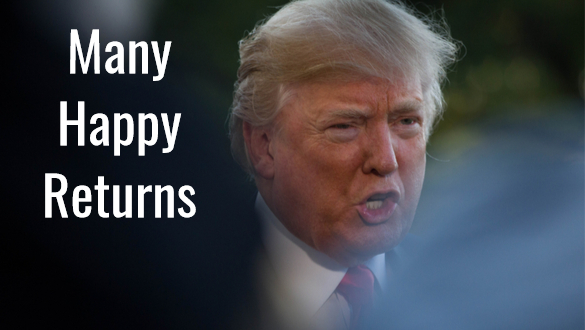 The Trump Administration is expected to challenge the new immediately passed New York State law as soon as any of the three congressional committees will request the tax returns on the basis that their request for them isn't based on and specified and legitimate purpose.

While the new legislation is effective immediately, there is no indication from any of the three Congressional committees when or if they will make the request. The tax information in New York tax returns is very similar to what is contained in the President’s federal returns.

“Tax secrecy is paramount ― the exception being for bonafide investigative and law enforcement purposes.”

“By amending the law enforcement exception in New York State tax code to include Congressional tax-related committees, this bill gives Congress the ability to fulfill its Constitutional responsibilities, strengthen our democratic system and ensure that no one is above the law.”

House Democrats in May issued subpoenas to the Treasury Department for Trump’s tax returns, consistent with a long-standing federal law that grants Congress access to private tax information. Treasury Secretary Steve Mnuchin has dismissed the request as unconstitutional, setting up a fight in court.

The Trump Justice Department is not likely to succeed in preventing the President’s tax returns from being turned over by the New York State, or Federal Courts. The appeals to prevent their delivery to the congressional committees is believed to be nothing more than a stalling process.