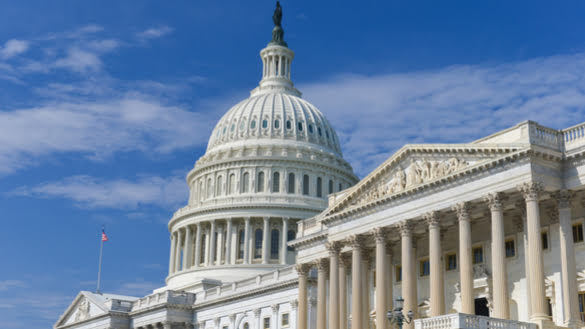 Senator Joe Manchin’s position to oppose the Democratic agenda serves the same political gain to the GOP political agenda as a filibuster.

A filibuster is a parliamentary procedure where one or more members of a legislature debate over a proposed piece of legislation to delay or entirely prevent a decision from being made on the proposal. It is sometimes referred to as “talking out a bill”

At the risk of losing ground, Democrats are now confronted with delayed legislative efforts in Congress because the rift within the party brings the substantial constraints that hinder any potential passage of legislation.

While campaigning, Democrats vowed to “boldly” take action if they were successful in reclaiming both the House and Senate. Still, now they are confronting two different dynamics that complicate matters, and in some cases, imposing increasing pressure on the party to be accountable for their promises heading into 2022.

A wide range of progressive goals is on the line if centrists fail to eliminate the Senate’s legislative filibuster. Centrists’ refusal to yield on this issue has angered progressives.

Additionally, a new Senate parliamentarian has laid to rest Democrats’ hopes of running several end games around the 60-vote threshold this year, which has the effect of restricting them to just have a few viable options for moving measures through the Senate without GOP backing.

Sen. Dick Durbin (D-Ill.)  made it clear that while many of the top priorities listed on the base’s policy wish list, like as raising the minimum wage, extending voting rights, or enacting immigration reform, enjoy broad support, they could only pass under existing Senate procedures if significant changes are made.

Compared to that, these are far more difficult.

None of those who currently have 60 votes have agreed to the deal thus far, Durbin aid.

While the Senate will adopt a bipartisan China competitiveness measure on Tuesday, this might be the final large piece of legislation to clear the Senate hurdle of having the necessary votes to overcome a filibuster for the foreseeable future.

Schumer has vowed to move on several other bills during the month of February, one of which being the Paycheck Fairness Act, which was previously blocked by Republicans, and the For the People Act, a wide-ranging measure to improve federal elections.

In addition, he is considering votes on gun regulations and LGBTQ rights.

But each of those initiatives seems to be stuck since they lack the 60 votes needed. Both moderate Senators from West Virginia and Arizona, who are also Independents, have publicly said that they do not support removing the filibuster.

“I will not vote to weaken or eliminate the filibuster,” Manchin wrote in an op-ed published Sunday in the Charleston-Gazette Mail.

Sen. Kyrsten Sinema (D-AZ),  while addressing an event in Arizona last week, spoke in favor of the filibuster, stating that “the only way to correct it is to correct your conduct, not to abolish the rules or alter the rules, but to alter your conduct.”

Comments that revile the bill being championed by the Progressive Caucus have produced tremendous outrage because it eliminates the prospects of the For the People Act making it to the floor for a vote this week.

Members of the Democratic caucus across various legislative priorities—including gun control, police reform, and climate change—face a common problem. They cannot persuade all of their members to agree to kill the legislative filibuster.

In the current political climate, in which the Democrats have encountered restrictions on their end-run around the filibuster, the deadlock among Democrats on nixing the filibuster might be seen as reflecting that reality.

The Senate parliamentarian recently published new instructions, which warned Democrats that they had just one more assured opportunity to utilize reconciliation this year, disappointing them since they had hoped to secure at least two, if not more, chances.

In reconciling the budget, reconciliation is a somewhat esoteric process that lets the Senate enact some bills with only a simple majority.

However, even if the parliamentarian earlier rejected a $15 an hour minimum wage rise, it is allowed under the procedure since it falls in terms of the proposal.

Combining Biden’s $1.8 trillion families plan with his $2.3 trillion jobs proposal might compel Democrats to get as much in the following package as possible, especially if the larger plan results in adding significantly to the national debt.

They are also dealing with pressure from progressives to include everyone in the laws they pass before they lose all of their room for action by 2022. In a campaign year, not much will be done in Washington, especially in an election year.

President Biden is pressing on with discussions with Republicans, spearheaded by Senator Shelley Moore Capito of West Virginia, on a scaled-back infrastructure plan.

However, despite Democrats’ support, he’s running into mounting irritation among his colleagues because some feel it’s time to abandon the negotiations after weeks of delicate and behind-the-scenes back-and-forth have left both parties with deeply fractured differences over the scale and price tag.

The president has exhibited remarkable patience.

“At this point, if we can’t come to an agreement, we should investigate the possibility of other options,” Durbin added.

But to unlock their reconciliation package, the Democrats need all 50 of their members to vote in favor of it.

What Is A Filibuster?