GOP Tea Party is Back, Refuses to Prevent Economic Collapse 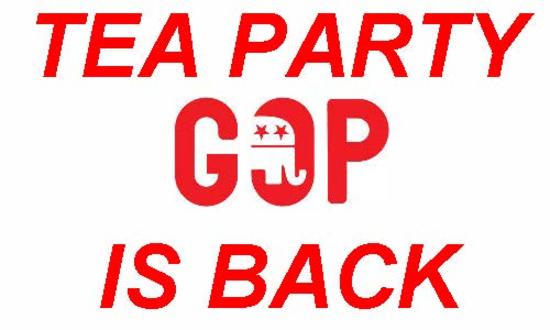 With 52 million people unemployed, 20-28 million facing eviction the Republicans in the Senate after cutting trillions in taxes for the top 1% now refuse to extend lifelines to the rest of America.

Not that  President Trump’s re-election is looking less and less likely, the Republican-controlled Senate appears to have returned the anti-spending dogma of the tea party movement. There seems to be a majority of Republicans in the U.S. Senate wanting to return to this anti-spending insanity even if it pushes the U.S. economy from a severe recession into a devastating depression.

Worse than the economic implications of halting the enhanced unemployment payouts of an additional $600 a week to tens of millions of Americans, and ultimately cutting benefits instead of extending as our country did for 99 weeks back in 2009. The Republican Senate is…

Rejecting $75 billion in coronavirus testing and tracing which will make the expected fall outbreak of Covid-19 many times worse than the nightmare unfolding in the summer. Today we reached 4.1 million infections and over 146,000 deaths. By Election Day November 3, 2020, we are now looking at as many as 250,000 deaths from the coronavirus pandemic.  Worse, we’re facing a fall outbreak of Covid-19 that may make the first wave look like a picnic - a Republican financial roadblock could literally multiply the Covid-19 health crisis by a factor of 10. Instead of 300,000 dead by the end of the year and 10 million infected, we could be facing a million U.S. fatalities and 100 million who have been infected, many who will suffer pre-existing conditions for the rest of their lives.