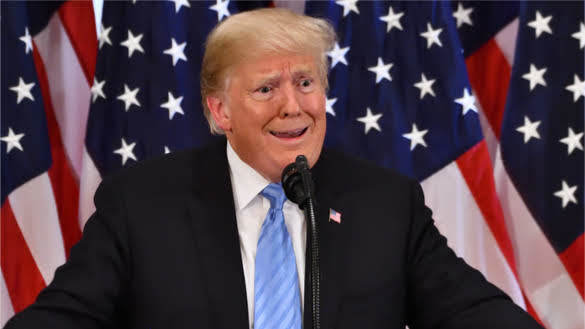 In a recent conference call with some of his supporters, Conservative Senator Ben Sasser didn’t realize he was being recorded. He came clean during the call and admitted Trump has been a disaster as president for many different reasons and laments that we will see a liberal backlash in this country.

President Trump is accusing Vice President Biden, the head of an organized crime family. The tax cheating, a compulsive liar who has racked in millions of dollars using his presidency to profit, has proven himself to be a sociopathic, pathological lying narcissist.   Donald J.Trump is the head of the Trump Crime Family that his father established many decades ago by cheating the U.S. government out of cumulatively hundreds of billions of dollars.

President Trump’s strategy of projecting his faults and crimes on others doesn’t seem to bother the vast majority of Senate Republicans. For this reason, Nebraska’s Senator Sasser’s comments are especially blistering.

Sasser’s comments were followed by another shocking leak of remarks made by Trump’s former Chief of Staff, General John Kelly, who allegedly told some of his friends that Trump’s dishonesty is ‘astounding’ and ‘pathetic.’

Kelly’s damning comments will be featured in a new CNN special scheduled to air on Sunday: The Insiders: A Warning from Former Trump Officials. The CNN special will include incendiary statements and warnings made about President Trump recently by several former Trump Administration officials. These statements will include former national security adviser John Bolton, former Health and Human Services scientist Rick Bright and former Department of Homeland Security general counsel John Mitnick; all said to be featured in the report to explain why they think the president is unfit for office.

The numbers of former Trump administration members who appear in this new CNN special news report have also shared similar opinions regarding the president’s character in the run-up to the election. They include Elizabeth Neumann, a former Department of Home Security official, who criticizes President Trump for his continued avoidance of condemnation of white supremacy….

“The fact that he continues not to be able just point-blank to say, ‘I condemn White supremacy.’ It boggles the mind,” she told CNN in September.

Former Department of Homeland Security chief of staff under former secretary Kirstjen Nielsen, Miles Taylor, endorsed Joe Biden in August in a damning video produced by a Republican group against the president.